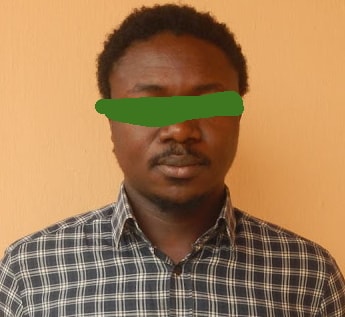 A barber, Wale Kehinde was on Thursday arraigned before an Ikeja High Court for allegedly defrauding two Americans of $23,000 through romance and lottery scams.

NAN reports that the 24-year-old barber, a resident of 8, Ogundare Awise Lane, Gbagada, Lagos, pleaded not guilty to the four-count charge of obtaining money by false pretences and possession of fraudulent documents preferred against him by the Economic and Financial Crimes Commission (EFCC).

According to Mrs Zainab Ettu, the prosecuting counsel, the barber allegedly committed the offences sometime in 2017 in Lagos.

“He illegally obtained $8,000 from Jan Rowland, another American, by falsely informing her that she had won a lottery and that he was Carolina Brewer, a lawyer working on her winnings.

“While posing as Carolina Brewer, Kehinde informed Rowland that the $8,000 represented clearance fees for the lottery winnings,” Ettu said.

The counsel said the defendant was found with fraudulent e-mails sent to foreigners.

“On June 21, 2018, he had in his possession a g-mail document entitled “About Me”, which he had sent to Kasie Butler, to her e-mail address kasiebutler@hotmail.com, the document he sent contained false pretence.