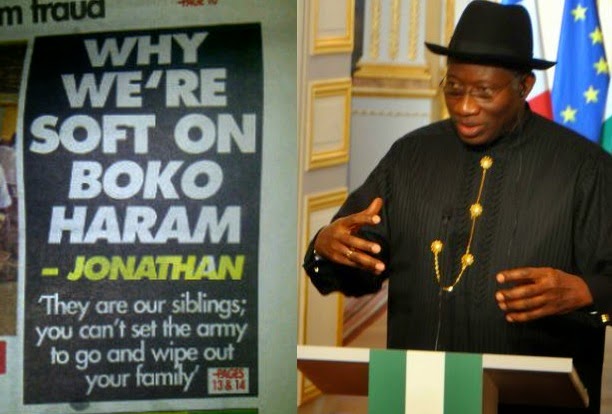 We are receiving urgent reports from the people of Adamawa state that the Nigerian Inspector General of Police has ordered the hunter and vigilante forces who were en-route Gombi to battle Boko Haram to return to Yola, capital of Adamwa for the new so-called “screening.” This as Boko Haram terrorists have been reported advancing towards Yola through Song, the last stop before hitting the capital of Adamawa.

It is beyond denial that the Nigerian government and heads of security services of the nation are the sponsors and supporters of Boko Haram. We reported Thursday that as soon as the Ibn Fadlallah hunters and vigilante’s had scored significant victories against the terrorists, routing them out of occupied Maiha and Mubi, the Nigerian Jonathan government ordered the IGP Suleiman Abba to announce a so-called new screening of vigilantes in Nigeria. This was deliberate and desperate attempt to hamper the brave patriotic volunteers who were bailing out the nation’s northeast from the hands of unrelenting terror.

As we speak, Boko Haram is being allowed to regain grounds in Adamawa state as the Goodluck Jonathan government is directly inhibiting the People’s Resistance Forces.

We call on all Nigerians to rise up against this direct demonstration of terror against the people. We call on all Nigerians in leadership positions to utilize all means in their disposal to stop the Jonathan persecution of the brave young men, hunters, vigilantes, army soldiers and Civilian-JTF sacrificing their lives to rid the nation of terror. Nigerians must not sit back and watch their government terrorize and destroy the nation.

We call on all international rights organizations to witness the war for terror being orchestrated on Nigerians by the Jonathan administration. The same administration that declared a unilateral cessation of fire to enable Boko Haram terrorists regroup and launch successful attacks on the people, occupying dozens of local governments while the nation’s well financed army, headed by billions of dollars-corrupt army chiefs ordered the army to fold their arms and watch. Nigerians need all instruments of justice to be applied against this tyrant administration that is hell bent on destroying the nation’s northern farming capital.