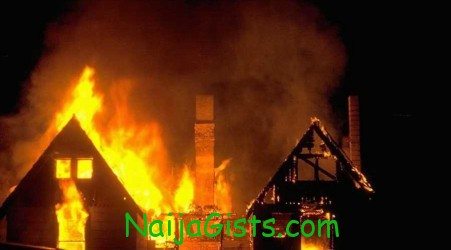 According to a report on Vanguard, the recording studio of Nigerian Idol studio caught fire on Tuesday.

The fire outbreak was believed to have been caused by fire surge.
Right after the fire was brought under control Fremantle Media Enterprises, organizers of the show, tweeted that Dreams Studio, located at Omole, Ikeja, where the Nigeria Idol is being shot, caught fire in the early hours of Tuesday, 24th January this year. naijagists.com

“We regret to tell our fans and followers of the show that we woke up to discover a fire situation at our studio this morning. But it has been controlled. Thanks to the swift response of the Fire Services and neighbouring residents who immensely assisted, the fire was put out.

In its official statement the orgainers of the show affirmed that “We had a minor fire incident yesterday (Tuesday) that affected one of our administrative offices. No one was harmed and the studio was in no way affected. We emphasised that Nigerian Idol season 2 will go according to the original schedule”.