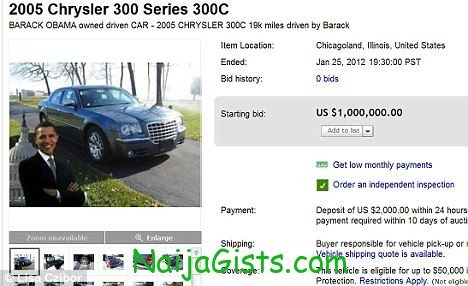 According to a report on financial express, the 2005 Chrysler Sedan car which was previously owned by the President of United State Of America, Barack Obama has been offered for sale on Ebay.

The starting bid is a whopping 1 million US Dollars.

The 2005 grey Chrysler sedan in which Obama travelled to and from the state house in Illinois when he was a senator is up for auction on eBay.