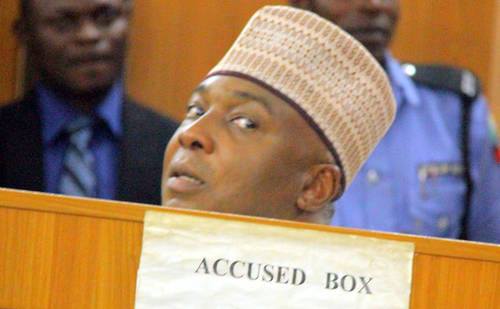 Deji Philip
Saraki’s stubbornness might end up being his fatal undoing. If you are grounded in law,why employ a SAN? Come into the dock and tell us how do you plea…He went ahead with stories of how the Senate passed the CCB Act …He became his own lawyer citing Section 3B of the CCBT act which;according to him, gave him the right to be informed of any breach of any of the CCBT laws first before prosecution…In other words,Saraki knows he is guilty but pleaded not guilty because he was not informed of the contravention first before being prosecuted…He obviously doesn’t have much confidence in his lawyers anymore,so why not just accept you erroneously contravened the CCB Act in the process of asset declaration so we can move to the next count charge.
Ola Raheem

The campaign against corruption doesn’t get any better. Ours is a nation of people who forgets so soon and even forgives sooner! Isn’t this same Dr. Saraki who was arraigned by EFCC during the Goodluck Jonathan regime & news made the rounds then that he sought Presidential intervention for EFCC to drop charges against him as one of the bargaining instruments to remain in PDP? GEJ ignored him and he decamped to APC. Now it’s a cry of “witch-hunt” when he’s not a witch! Even if so, what happens to the time-honoured maxim that “he who lives in a glass house do not throw stones?” Abeg, weep not for the Sarakis! The signal is that if the law is catching up with APC big fish, the PDPs should begin to count their days! Chikena. 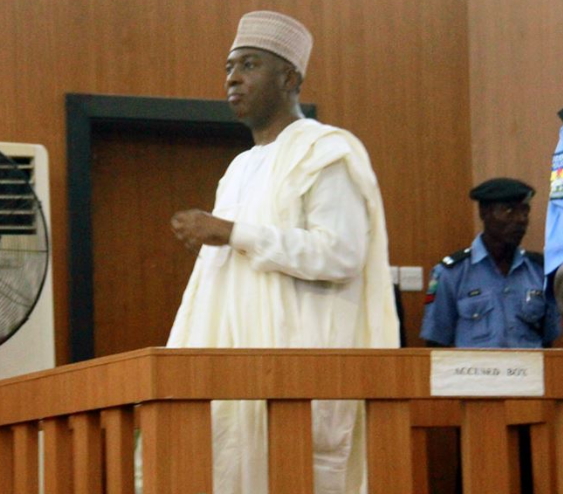 The political terrane in Nigeria today is very fragile and any right thinking Nigerians should always take caution before making any public pronouncement. Senator Saraki may have done some things wrong no doubt about that but the leadership of APC were so greed and wicked that they believe in use and dump strategy. Let’s all go back to the struggle days before the election PMB and transfigured APC had contested with PDP on three different occasions and still lost it took the intervention of the same Saraki and five other PDP governors to wrestled the power from PDP then Saraki joined APC and I learnt that he gave a lot of money to the party then that though I can not confirm but i was there when Asiwaju Bola Tinubu described him as a golden bride and the video clips were there Saraki was not corrupt then and PMB was aware of these. So when the election was won it now became the rule for the party to take everything not minding the feelings of those who put their life on the line to fight the deadly PDP. I am saying it emphatically that APC does not manage the case of the defectors to their party very well and this includes Saraki. Believe it or not Saraki is not a push over as far as politics is concern in Nigeria so he came up with his plans to and he won , when he dumped PDP for APC it was not anti party Now that he fought his way to success there were cries there is no winner take all in politics the crimes committed by saraki is what every other politicians can not be exonerated from , after saraki I want to see the role call of the other public office holders to be prosecuted for similar offence. However, this Saraki issue should be handled with care as much as he is not above the law that if things are done genuinely at the same time he is not a paper weight. Hopefully this will not be the end of APC after all it a marriage of inconvenience

Bukola Saraki, will soon release the dangers of political impotency of dying or a wounded lion in a jungle. When the former governor of Lagos referred to Political King as fighting with pig, i quickly released that something inside the house had went to market square. In my gentle opinion, Bukola Saraki should avail himself a humble resignation to save impetus of upper house of assembly.

Bukola problems begin the first day he saw the shadow of law below his feet and took it for the real image of law. No sinner will go unpunished. A richest political leader from poor state

Continue Reading
You may also like...
Related Topics:cct, corruption, saraki