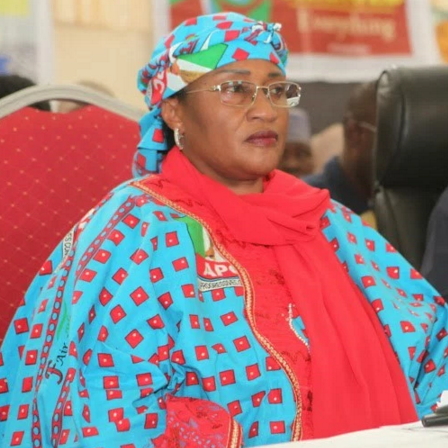 The ONLY hope of Nigeria having the first female elected governor was finally dashed by the Supreme Court on Thursday morning with the validation of Darius Ishaku as the governor of Taraba State.

The court had in a unanimous ruling dismissed an appeal by the female candidate of the All Progressives Congress, Aisha Alhassan, saying it lacked merit.

The Taraba State Election Petition Tribunal had earlier nullified the election of Ishaku while ordering that Alhassan be sworn in as the State Governor.

The tribunal had based its decision on the fact that the primary election of Peoples Democratic Party which produced Ishaku was not properly held.

The tribunal ruled that Ishaku, was not nominated by his party, and therefore not qualified for the said election.

But the Court of Appeal dismissed the tribunal’s judgment, as it argued that only a member of a party can complain about its primaries.

The Supreme Court which had in its ruling on the appeals on governorship election in Benue and some other places also maintained the same stance in its judgment delivered on Thursday.

Kanu Agabi, SAN, counsel to the Taraba State Governor had cited the judgments of the Supreme Court in Benue and Zamfara appeals which were founded on an alleged lack of conduct of primaries, by the respondents and in which the apex court had dismissed the suits.

He reminded the court that the appeals were dismissed because of the court’s stand that only a member of a party has the right to complain about its affairs, including the conduct of the primary.

Kanu argued that the APC candidate has also not complained that Ishaku was not a member of PDP while the party has also not denied sponsoring him.

“I am firmly of the view that there is no merit in this appeal. It is hereby refused,” said Justice Bode Rhodes-Vivor, who read the lead judgement of a seven-member panel.

“The judgement of the court of Appeal is affirmed and the return of the first respondent as the governor of Taraba is affirmed.”

He said the court will give reasons for its judgment on 22 February.