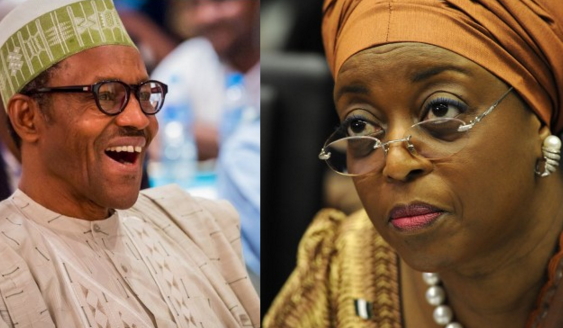 Buhari has terminated the $1.3 billion contracts and restructuring of the controversial strategic alliance agreements held with Atlantic Energy.

The deals were signed by former Minister of Petroleum Resources, Mrs. Diezani Alison-Madueke.

Former Governor, Central Bank of Nigeria (CBN), Lamido had alleged that the Atlantic’s deals issued by Alison-Madueke were one route through which tens of billions of dollars in oil revenues were diverted from state finances.

Ibe Kachiku, Petroleum Ministers who revealed this in an interview with Reuters, said that the Nigerian National Petroleum Corporation (NNPC) was expected to conclude a deal within two months for a new partner to pay up to $1.3 billion to take over the Atlantic agreements.

Continue Reading
You may also like...
Related Topics:Buhari, contract, diezani