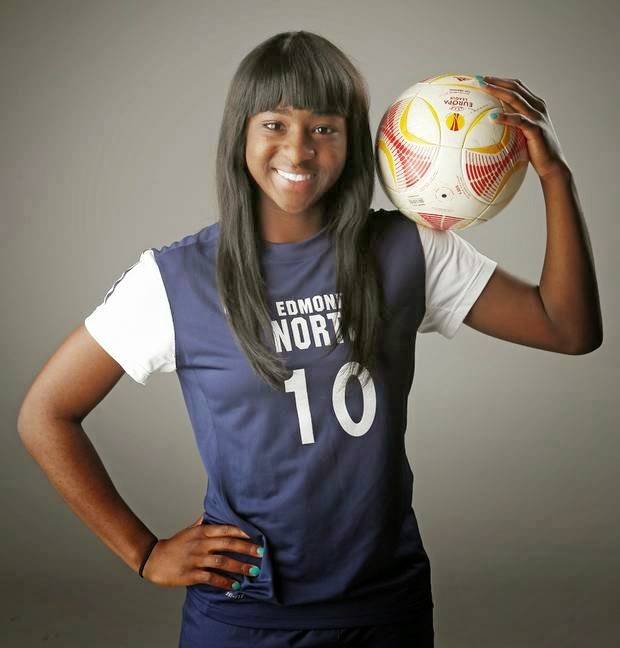 Courtney Dike one of the players for Super Falconet recently turned down $7000 bonus given to her by the FG on her return from the last victorious tournament.

The 19-year-old footballer said she rejected the money because it’s against NCAA regulations in the United States of America.

If she received the bonus, she would lose her $35,000 annual football scholarship at the Oklahoma State University under NCAA regulation.

Hear what Dike said through her spokesperson:

“I would like to respond to what I have been reading on the internet about rejecting bonuses. I am delighted to play for Nigeria whenever called upon. I knew before leaving for the U-20 World Cup that I would not accept any bonuses.

Acceptance of prize money is against NCAA regulations (the division 1 collegiate governing body) here in the US, so that is the main reason for rejecting it. Knowing this beforehand, I still chose to represent the country because I believed the experience would be more valuable than the money, and I was right.”