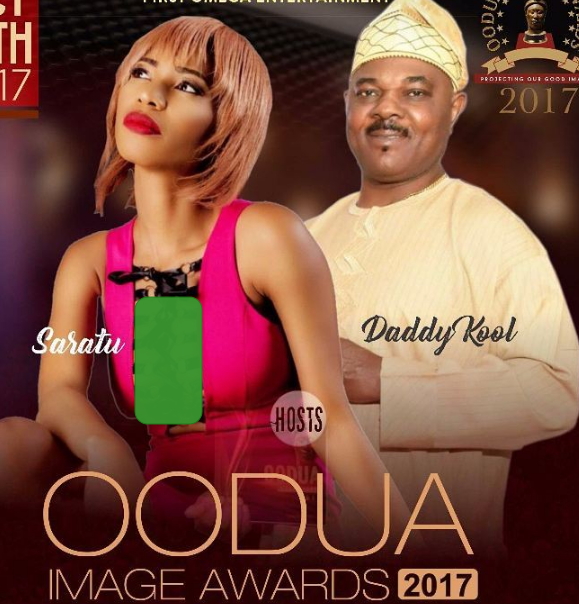 This year’s edition of Oodua Image Awards will hold in the city of Houston, United States of America on Friday, October 13, 2017 at Sienna Hall, 11916 Bissonnet Street, Houston. TX.77099

The event is being organized by Yoruba Youth Corporation, North America, and Raymond Sowemimo Foundation in collaboration with FirstOmega Entertainment. 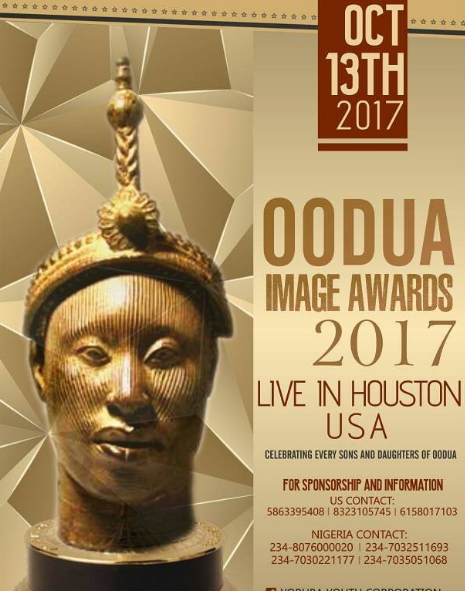 Oodua Image Awards 2017 will attract dignitaries and delegates from Nigeria, United State, United Kingdom and other parts of the world. Many Yoruba Artistes like Yewande Adekoya (Omo Elemosho), Adeniyi Johnson, ,,Kabira Kafidipe( Araparegangan) and a U.S based comedian; Segun Pryme just to mention a few will be at this year’s event while the Ace Musician, juju & highlife maestro, Toyosi Ogundele (Da’jazzytee) with his band will be on band stand.