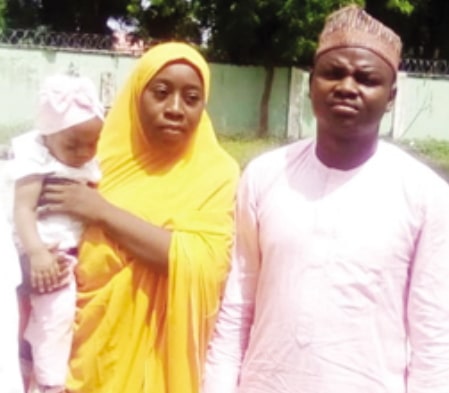 A nursing mom, Mrs Aisha Zakare has filed a suit at the Federal High Court in Birnin-Kebbi against Kebbi State Governor Abubakar Atiku Bagudu and the Department of State Services (DSS) for alleged unlawful detention.

The mother of a four-month-old baby is asking the court to compel the respondents to pay her and her family N500 million as damages following their alleged detention for 13 days.

The first to third claimants are Zakare, her husband Nasiru Jatau and their son Abdulrahaman Nasiru.

The claimants, in their September 18 application, are seeking three reliefs: “N500m as general damages for illegal detention for 13 days, public apology for disenfranchising their fundamental human rights and any order as the court my deemed fit to make.”

In the suit, filed through their counsel, Ahmad Abubakar Filgila, the claimants averred that Zakare, Jatau and Nasiru were arrested by DSS operatives in Kebbi State and detained from September 1 till September 13 without a court order or being charged to court.

They averred that the DSS accused them of sending abusive text messages to Governor Bagudu through Jatau’s personal phone number.

They further stated that Jatau was scheduled to go for a job interview for the position of a registrar in a polytechnic, but, following his 13-day detention, he lost the opportunity.

When the case came up on Friday, Justice Bassey Sunday adjourned for ruling after hearing the parties’ affidavits and counter affidavits. The date will be communicated to both parties.