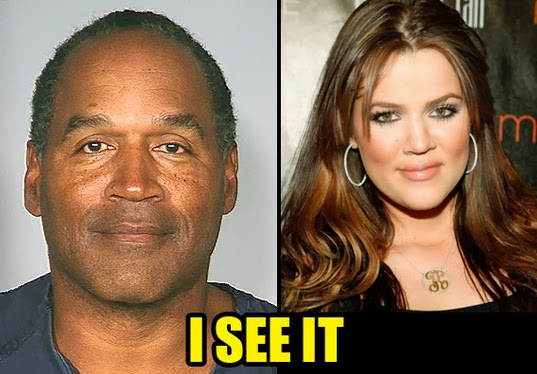 This was revealed in an exclusive interview with In Touch Magazine.

“It’s all going to come out sooner or later  Khloé could be O.J.’s kid. And O.J. hasn’t
denied that Khloé could be his daughter. Whenever I bring it up, he giggles.” – said Norman

While Kris and her then-husband Robert Kardashian were close to the Simpsons, this is the first time OJ has been named as a potential father to Khloe. But Pardo claimed…

They all took their vacations together. There was a lot of partying going on back then. Kris cheated on Robert — she was known for having a good time.’

Kardashian also served as a member of Simpson’s ‘Dream Team’ as his attorney in the famous 1995 murder trial.

While Kris Jenner has openly admitted cheating on her former husband, she has always strongly denied any suggestion that Robert was not her daughter’s father.

“I have never heard such crap in my life. I was there, right. I gave birth, I know who the dad was. Everything’s good. We’re all good. It’s the family joke because Khloe was blond and not dark-haired.” – Kris Jenner told GMA last year

Take a closer look at the above picture, they share the same nose…. Isn’t it?

Even they both smile the same way. Blood they say is thicker than water.

Guess it is time for a quick DNA test.