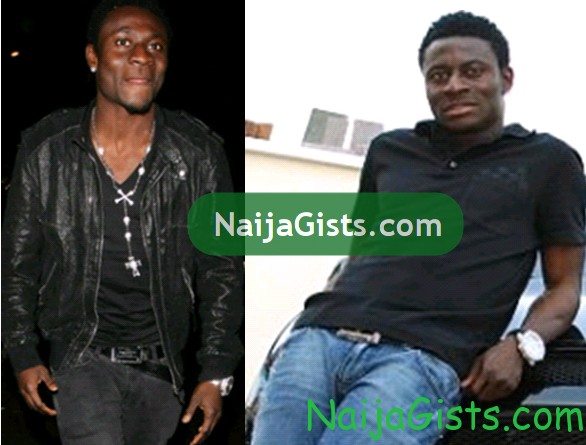 Nigerian football star, Obafemi Martins has been alleged of living a flamboyant lifestyle while his loved ones and family members are living in abject poverty in Lagos state, Nigeria. naijagists.com

According to sources, the talented Super Eagles striker has apparently deserted his relatives who are living in abject poverty.

We learnt after the death of his mother, Obafemi dumped his family members at Orile Aguda in Lagos completely.

Another family source said the suffering is so much that Obafemi’s relatives have resorted to squatting with friends after the demolition of their house by Lagos state Government.

Recently, Obafemi Martins acquired 2 mansions that worth over 350 million naira in Victoria Island and some luxurious cars.

In another development, Obafemi Martins has been reported to have denied his secret love child from a woman in London.

The wife of Obafemi Martin’s late brother (Ladi) one Mrs Mariam has been chased out of Ladi’s VGC mansion.

The star allegedly chased Mariam out following the demise of his brother, Ladi.

Contrary to reports that Mariam was compensated, we learnt she didn’t get a penny from the football star.

Martins who sold his late brother, Ladi’s home and Range Rover Sport chased Mariam out with her pregnancy rendering her homeless.

Another reliable source said late Ladi (Obafemi Martin’s brother) has a legal wife in London named Ugomma who reportedly has 2 children for him.

She is not living well in London as she now works as a mortuary attendant in order to provide for her 2 kids.

Obafemi Akinwunmi Martins is yet to respond to any of these allegations.
We awaits his own side of the story soon.