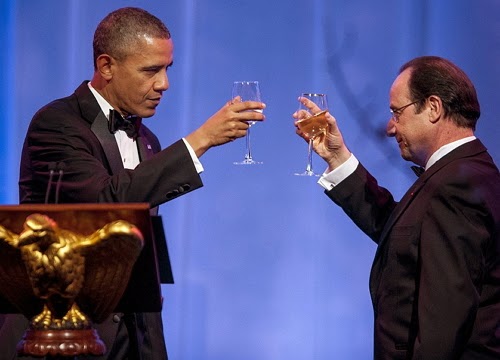 US President has approved a whopping 35 million dollars aid to France as part of Washington’s commitment to end the war on Boko Haram.

The White House said the donation will go along way to fight Boko Haram activities in Niger, Chad and Mali, the 3 French-speaking countries in the forefront of Islamic terrorism.

However, no reference was made to Nigeria, a country worst hit by Boko Haram activities in the past 5 years.

Wetin Naija do to Obama nau??