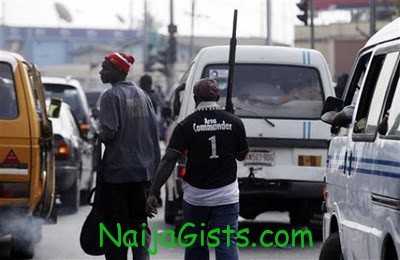 After a terrible bomb blast in a Kaduna spare parts market 2 days ago which claimed 14 lives, the members of the Oodua Peoples Congress (OPC), led by its leader, Dr Fredrick Fasheun, on Thursday 8th of December 2011 marched through major streets of Lagos, protesting against the general insecurity in the country, and especially the terrorist activities of Boko Haram, warning to take decisive action against the terrorist group if they dare make an incursion into the South West…and if the Federal Govt does not do something about them soon. naijagists.com 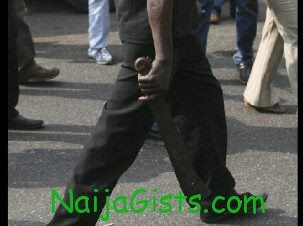 According to Naijagists.com sources, members of Oodua Peoples Congress were armed with  machetes, armlets , shotgun, rifles during the protest.