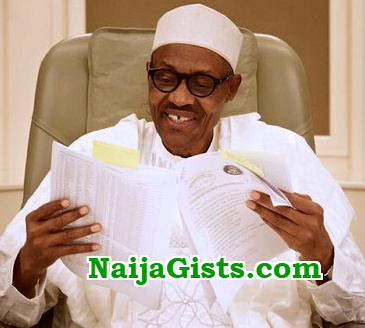 September 2, 2017 – Open Letter To President Muhammadu Buhari, The Grand Commander Of The Federal Republic Of Nigeria

The President,
Gen. Muhammadu Buhari (rtd),
Grand Commander of the Federal Republic of Nigeria,
Commander-In-Chief of the Armed Forces.
Your Excellency Sir,

TECHNOLOGICAL REFORM IS NOW MORE GERMANE THAN HAS EVER BEEN

I will like to use this medium to welcome you back to the country and also congratulate you on your health recovery. I am confident that this letter meets you in good health. I will also like to commend you on the giant strides you are making in rejigging the economy, and also on the fight against corruption. I optimistically look forward to the eradication of corruption in the country.

Mr President, if we follow the world trend, many western economies are making numerous technological advancements. These economies are looking for ways to reduce, if not eliminate their demand for oil. This is in a bid to mitigate against the adverse effect of carbon on the world climate. Carbon emissions from the combustion of fossil fuels are major contributors to global warming, and its effect on the ozone layer has adversely affected climatic conditions worldwide. Industries in most Western economies now research and develop ways to employ technologies that require little or no ‘oil’ to operate them. A striking example is the giant stride already made in the automobile industry. Vehicles have been made to run on hydrogen, and some even make use of electricity. These vehicles will soon be produced on a large scale, and many of these vehicles operate themselves.

A striking point to note here is that world demand for oil will soon plummet (from my estimates, within the next 5-10 years). When this happens (and it will definitely happen), what buffer does Nigeria have to withstand the shock?! The best alternative we have at present is to revert back to massive agriculture. But Mr President, that is going to be difficult because of our ill-preparedness.

Permit me to digress a bit. In the early 20th century, American farmers spent about 80% of their time on their farms. Right now, it has dropped to as low as 7% of their time being spent on the farms. This is as a result of the use of technology on a massive scale, which covers for the time not spent on farms. In addition, their farm produce presently has more than tripled as compared to what was produced in the early 20th century (even with 7% of time spent).

Follow me Mr President. When demand for oil falls, and we revert back to agriculture, do we see ourselves as being able to compete favourably in the world? We are most likely going to make use of more human capital, which will increase cost of production. Also, crude and semi-crude implements such as hoes, cutlass, rakes, bulldozers, tractors etc., will still be used. When compared to other western economies, we will not be able to produce as much as these economies because of the technological advantage they have. One major reason for this is that these western economies have lower costs of production. Evidently, our balance of trade will be highly unfavourable.

A good example of the technological advantage these western economies have can be seen in poultry farming. Many American poultry farmers have incubators that they use in hatching the eggs laid by the chickens. This helps to increase the supply of chicken, thereby reducing its price. As a result, price of chicken in the USA today is relatively low. In Nigeria, the absence of incubator technology is one of the factors contributing to the relatively low supply of chicken.

With all these being noted, the pertinent question will be: “Why don’t we improve our technological sector then?” Mr President, the truth is that technology cannot thrive successfully without power. STEADY POWER SUPPLY is key to having advancements in technology. If we don’t nip this problem of epileptic power supply in the bud right now, I dare say that Nigeria could be given a lower spot below “3rd world countries”. Maybe regarded as a 4th world country.

Your citizens are made up of geniuses Mr President, but a lot of them are on “hibernation mode” because they have not been provided the right platform needed to bring out/discover their innate potentials. Nigerian geniuses in the diaspora have been making world news headlines with ground breaking discoveries and achievements

Such Nigerians are: 37 year old Prof. John Dabiri who won a prestigious McArthur Genius Award of $500,000 in 2010. He is a fluid dynamics expert at the California Institute of Technology (CALTECH). Another is Prof. Sam Adeloju who won the James Dyson International Design Award of $16,000 for his invention of a device called “Buoyancy Bazooka” that can be shot to a drowning person to save their life at sea. Just recently, a Nigerian scientist, Mr. Oshiorenoya Agabi, invented a device called “Koniku Kore”, which can majorly recognise the smell of explosives among other features. He is currently making profits of $10m in deals with the security industry.

These Nigerians were majorly able to achieve these feats because of the available technology in the Western countries they reside, which gave a major boost to their research and inventions. I strongly believe there are many of such geniuses residing in Nigeria at present. Although some Nigerians are making achievements even while residing in the country. However, the ratio of these Nigerians to the total population is relatively low. Evidently, Nigerians are not performing at their optimal capacity. Improvements in software developments can help boost technological advancements.

On a final note Mr President, we need to know what operates in the world to be able to know what decisions to take. In the mid-19th century, whale oil was in high demand in order to power lamps and also used to make soaps and margarine. As a result, the hunting of whales in oceans increased. As soon as crude oil was discovered towards the end of that century, the demand for whale oil reduced drastically (especially after the conference that was against the hunting of whales). Kerosene gotten from crude oil was now being used as an alternative source to power lamps. Those who had huge stock of whale oil made huge losses.

The same could be said to be operating at the moment. Just as the conference was against the hunting of whales, so also are present world economies against anything that cause adverse climate change. Also, the alternative to whale oil back then was kerosene from crude oil. Presently, the alternative to crude oil are other environmentally friendly forms of energy (solar, electricity, wind etc.). Technological advancements are going to plummet (if not already) the demand for oil within the next decade. As the saying goes; “if you don’t learn from history, it will find a way to show its head again and put you down to your knees”.

We are in the Neo-Technology Age right now, and if we don’t buckle up pronto, Nigeria could be set some years backwards. The era of crude oil is fast eroding. The industrial era embraced crude oil, but the present era frowns at it. Nigeria’s major export is crude oil, and its major imports are petroleum products. This isn’t healthy for any economy.

On bended knees, I appeal to your conscience to prioritize the power and technological sectors above everything else. The urgency of this issue sure needs to be overemphasized. Technological improvements will positively impact other sectors greatly. I believe you have the interest of this country at heart. I pray you have the strength and drive to see that this problem is met with a solution.

Just as I tell people; “If you are charged up by a problem, then you are just a few steps behind a solution”. Thank you very much Mr President, and long live the Federal Republic of Nigeria.