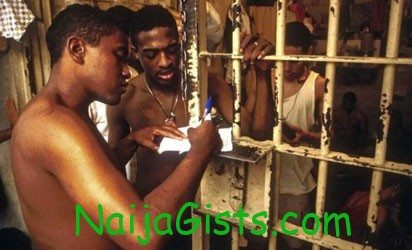 Dabiri-Erewa  in Abuja on Tuesday, said that the committee had visited Brazil and was  touched by the pitiable condition of the inmates.

“We were touched by the psychological traumas that the inmates were going through, despite the cleanliness and orderliness of the prison environment,” she said.

She said the visit was prompted by a hint it got from a Non-Governmental Organisation (NGO), Youth Without Borders, led by two Nigerians, Taiwo and Kehinde Afolabi.

The lawmaker said out of the figure, 14 of the inmates were female, who were been kept at Sao Paulo Women Plenipotentiary Prisons.

She said one of the women had completed her term and was undergoing a rehabilitation training.

Dabiri-Erewa said the delegation was, however, disturbed by the predicament of 72-year old Abosede , who told the delegation that she went to Brazil for medical treatment, through a Nigerian.

She added that the woman decided to return to Nigeria when she realised that the treatment she was promised was not forth coming.

Abosede was, however, arrested at the airport in September 2011, with drugs in a bag she claimed was given to her by an acquaintance, named Patricia, to deliver in Nigeria.

The lawmaker faulted the Brazilian authorities for keeping the old woman in prison, contrary to the laws of the country,which stipulates that a suspect of her age be kept in house arrest pending sentence.

Dabiri-Erewa said the committee had formally presented Abosede’s case and those of other inmates to the Director, Department of Immigrations of Ministry of Justice of Brazil, Dr. Izaura Miranda, who had expressed surprise on the woman’s case.

She said the official had since commenced investigation into the various cases.

The lawmaker urged the Federal Government to sign the Memorandum of Understanding presented to it in 2009, which would facilitate the exchange of prisoners and repatriation of criminals between Nigeria and Brazil.

She said the committee had also worked with the assistance of an NGO in Brazil, the IITA, and the Nigeria Consuler Officer, Jane Okocha.

The committee, she added had provided assistance to the inmates and formally requested that Abosede be put under house arrest pending her trial, in line with the Brazilian law.

The lawmaker said the committee had also interacted with the Nigerian community in Brazil who complained of “total disconnect between them and the Nigerian Embassy”.

She, therefore, called on the Minister of Foreign affairs, Mr Olugbenga Ashiru, to do something about the situation, so that Nigerians living there would enjoy full consular services.

According to her, the committee met with some members of Brazilian Parliament, President, Petrobras Nigeria and the President, National Bank of Social and Economic Development to explore areas of interest between the two countries.

Dabiri-Erewa said the bank had indicated its interest to invest in Africa, especially in Nigeria. (NAN)