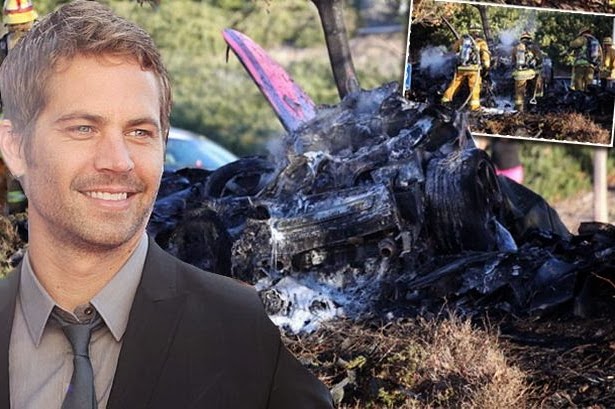 This is probably not new to you guys anymore.
Just a recap, the fast and furious Hollywood actor passed away on Saturday the 30th of November 2013 in a high speed car crash that happened in California.

The popular actor dies alongside Roger Rodas, a race car driver when the Porsche they were driving got involved in a single-car accident and exploded.

The coroner can’t carry out the autopsy as Paul Walker’s corpse has become unidentifiable due to severe explosion.

The only way to carry out the autopsy is through dental record.

The L.A. County Coroner will be waiting for the dental records for the deceased to complete the process because the bodies were badly burned and the men were unidentifiable. As a result, the autopsy will be delayed until later in the week.

So so sad. May their souls rest in perfect peace.