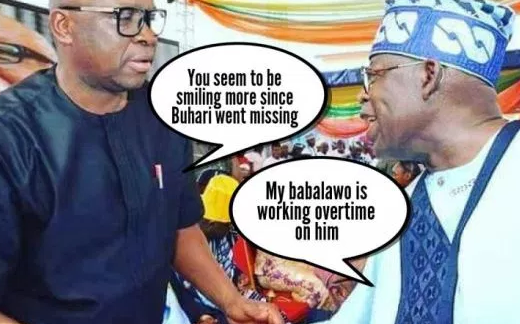 Ekiti state Governor Ayodele Fayose has come under intense fire for praising Tinubu in a birthday advert placed in Punch on March 29th 2017 to celebrate the APC leader as he marked his 65th birthday. 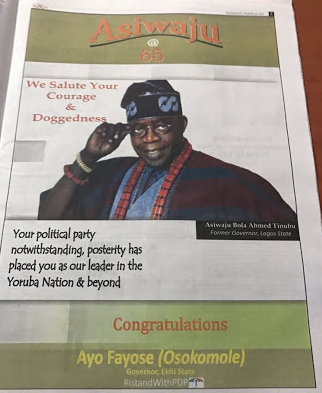 Lagos State Chairman of the PDP party Segun Adewale released a press statement today condemning Fayose. Adewale lamented how Fayose and some PDP leaders have completely sold out to the ruling party at the detriment of PDP members. 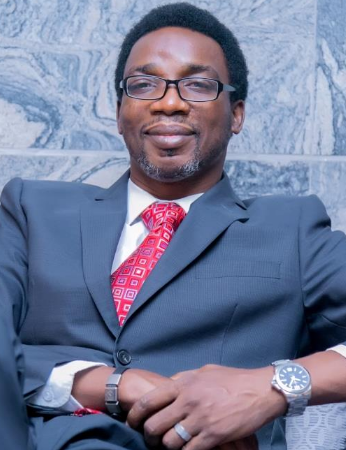 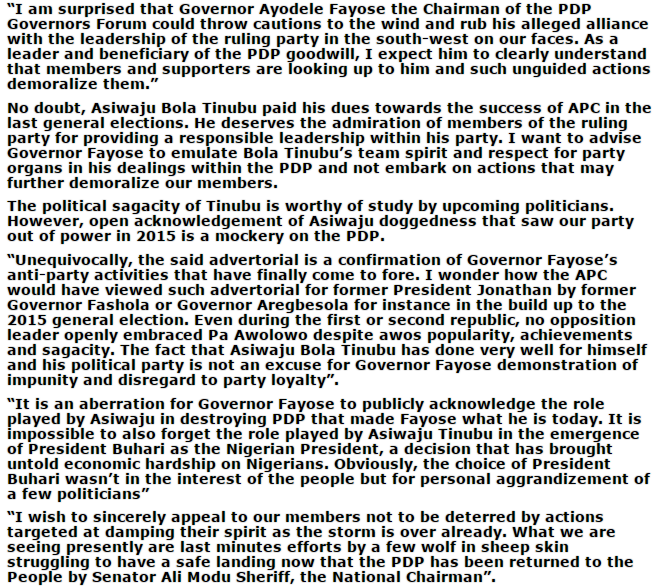