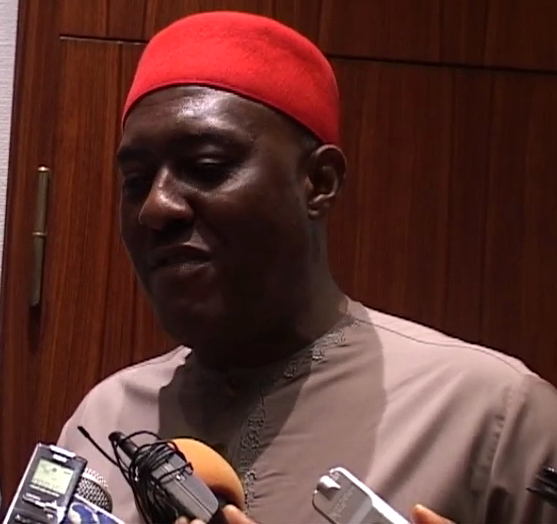 The crisis rocking Anambra State chapter of the Peoples Democratic Party (PDP) may be far from over, as its National Publicity Secretary, Chief Olsa Metuh, has been declared suspended by the party in the state.

Metuh has also been declared as an undesirable person and had also been reportedly excluded from all activities of the PDP in the state.

The suspension of Metuh was contained in a release made available to the Daily Times by Hon. Kenneth Arinze, PDP Publicity Secretary in Anambra State.

The release claimed that Metuh was suspended after a meeting of the Anambra State Executive Committee in its meeting held on Tuesday, August 11, 2015 in Awka, the state capital.

According the release, the allegations against Metuh were very grave and not limited to the embezzlement and diversion of over N100 million meant for Anambra PDP into the account of his company – Pettergon Nigeria Limited. The state PDP claimed that the Nigeria police had concluded investigation, indicted him and recommended him for prosecution.

The party also alleged that Metuh “openly worked against re-election of ex-President Goddluck Jonathan after embezzling over N300 million given to him by the ex-President.

“He publicly disrespected the ex-President after our party lost the March 28 Presidential Election. He demanded that Jonathan should give an account of his stewardship.”

“Obtaining money under false pretence by submitting names of 25 persons as members of Anambra House of Assembly, thereby deceiving the presidency that they were statutory delegates (while they were not), and so used this fraud to collect over $260,000 meant for them during the December 2014 PDP Convention and embezzling same without giving to those persons he fraudulently used their names to collect this huge sum.”

“Ken Emekayi is bereft of any moral, legal and constitutional right to suspend any bona fide member of PDP. We reiterate the NWC /NEC expulsion of Emekayi Ken.”