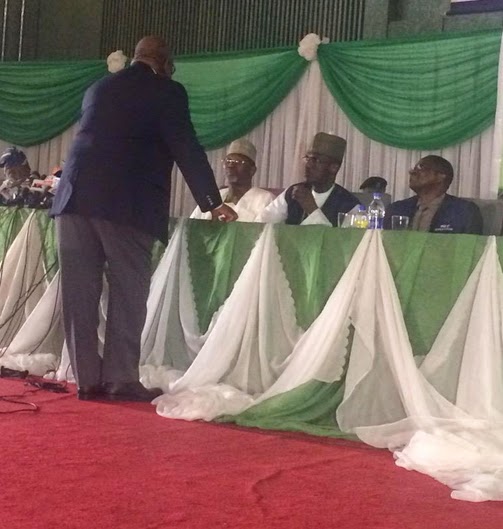 At about 3.36am when Fadile approached the podium, where Jega was seated, instead of signing the result sheet as other agents invited before him had done, he only spoke few words in hushed tones to the INEC boss, shook hands with him (Jega) and returned to his seat.

This was despite that the PDP presidential candidate, President Goodluck Jonathan, had conceded defeat earlier before the Chairman of the Independent National Electoral Commission and Chief Returning Officer of the election, Prof. Attahiru Jega, returned Buhari as the President-elect at about 3.44am on Wednesday.

Fadile however waited till the end ‎of the event at about 3.53am to receive a copy of the result.

Continue Reading
You may also like...
Related Topics:agent, pdp, results