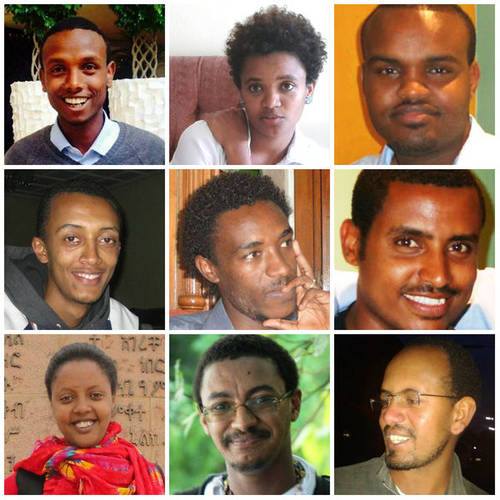 6 journalists and bloggers were released from prison this week in Ethiopia just before US President Barack Obama’s visit to the country later this month. Meanwhile, reports circulate that another journalist has been arrested by the oppressive government.

Zelalem Kiberet, Mahlet Fantahun, Edom Kassaye, Tesfalem Waldyes, and Asmamaw Hailegiorgis were arrested on charges of incitement and terrorism in April 2014, while Reeyot Alemu has been imprisoned since 2011. Mrs. Alemu suffers from breast cancer and her deteriorating health was a focal point for the campaign for her release.

Most of the writers were imprisoned for their affiliation with Zone9, a blog critical of the Ethiopian government. Their release is likely due to both active campaigning by rights organizations and President Obama’s impending visit.

Susan Valentine of the Committee to Protect Journalists (CPJ), which has been pressing for the writers’ release, said that nothing in the evidence against them has changed. “Nothing whatsoever. There were no court decisions, and there’s been no documentation given to anyone who’s been released,” she said.

Exiled Zone9 blogger Soliyana S. Gebremichael agrees that it is difficult to determine the exact reason the government let the writers go. “The reason given by the government is that the public prosecution dropped the cases,” she said in an interview with SaharaTV. “But on the other side we know that the international community had been pushing the Ethiopian government specifically for our case.”

The CPJ currently ranks Ethiopia as fourth on its list of the 10 Most Censored Countries and says that at least 11 other journalists are still in prison.

On the heels of the uplifting news, reports on Twitter say that another Ethiopian journalist, Habtamu Minale, was arrested by security officers this week.