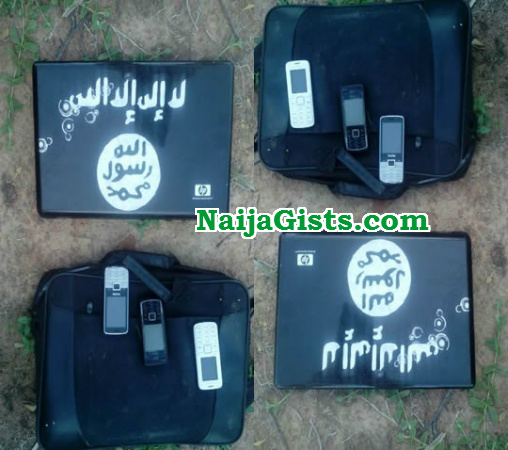 A laptop with Boko Haram sect insignia and inscriptions has exposed a fake Boko Haram business center in Borno state.

The centre which specialized in producing fake Nigerian National ID cards for members of the dreaded Jihadi sect was uncovered by the men of the 7 Division of the Nigerian Army in Maiduguri earlier this week.

It is located in the Post Office area of Maiduguri and was operated by one Mr John Zakariya and Makinta Umar before the discovery.

The two operators have been arrested and are now assisting the military with useful information.

Before their arrest, a passersby who reportedly saw the laptop notified a source who notified the military.