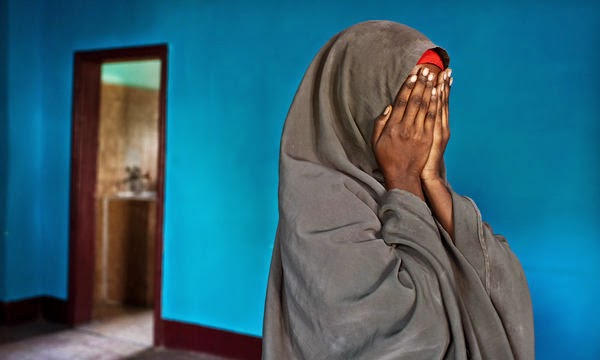 As the nation is still rejoicing over the miraculous discovery of one of the 200+ Chibok Schools girls kidnapped by Boko Haram, doctors have discovered that the unidentified teenager is 4 months pregnant.

This is what Chibok Chariman, tsambido Hosea Abana told reporters in Abuja this afternoon

“She is actually one of our daughters abducted from Government Girls Secondary School in Chibok. She was found in Mubi where her abductors dumped her and was later taken to Yola, the girl is four months pregnant.”

The lady has been moved to a Police Clinic in Yola.

Police said she has obvious signs of torture all over her body.