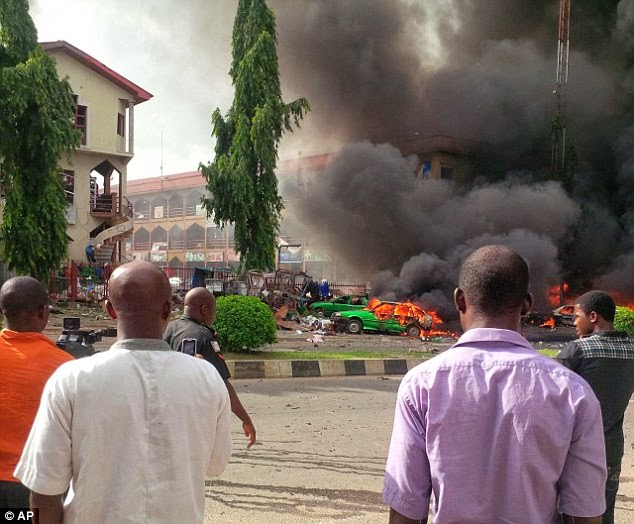 Another black day has been recorded in Abuja exactly two months after Boko Haram attacked a motor park killing over 75 people.

Today around 4pm Boko Haram hit again killing over 21 people… As we speak the death toll has reached 30.

The suicide bombers parked an explosive-rigged car at the front of Emba shopping plaza in Wuse Zone II area of Abuja… The bomb went off at the busy time of the day.

17 people were injured in the attack with close to 30 killed.

Here are some photos from the attack… Viewers discretion advised… 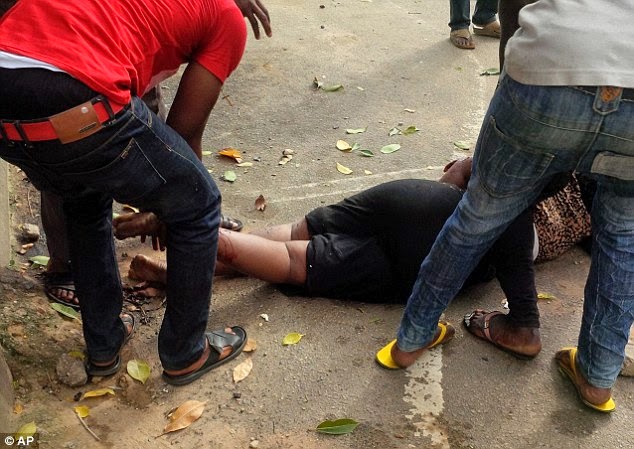 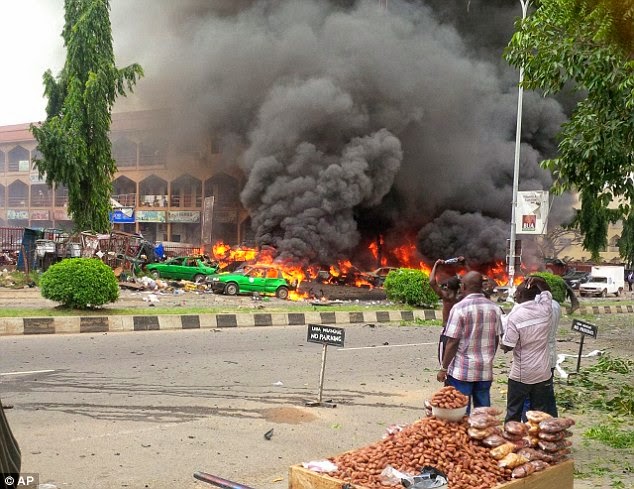 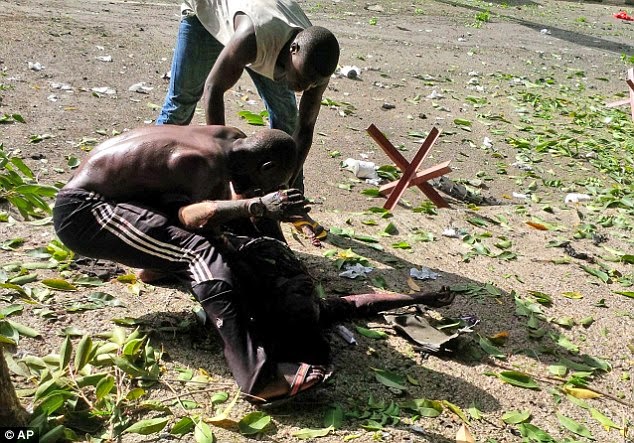 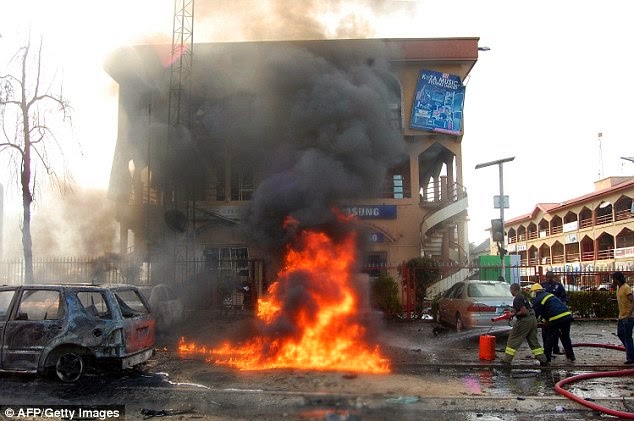 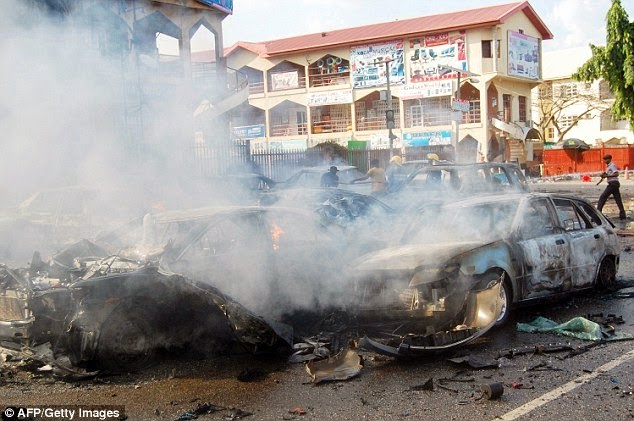 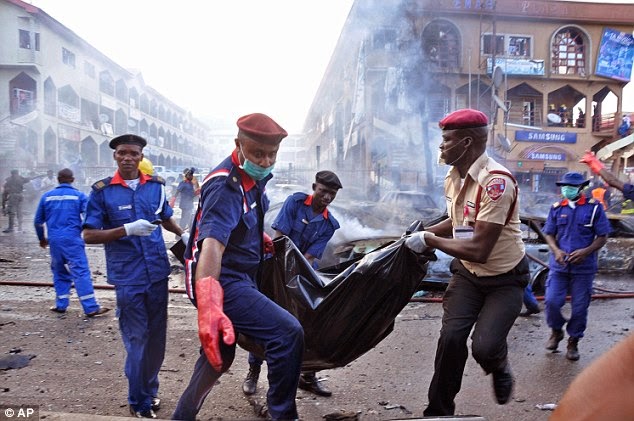 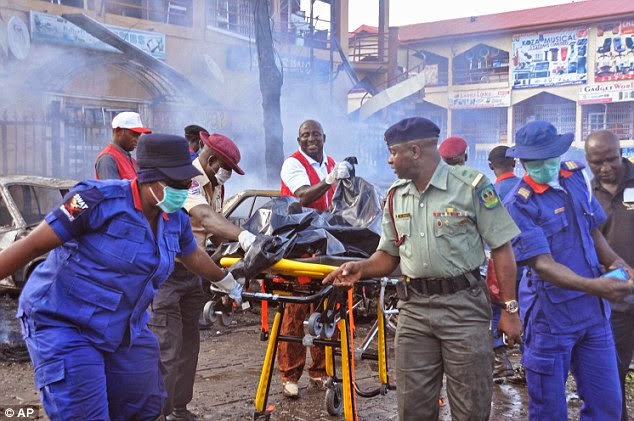 I have more pictures sent in by a fan living in the area but it’s too graphic… I no wan spoil your days guys. May God save Nigeria from these blood thirsty people.

Few hours after the attack, several Nigerians took to their social media accounts requesting for the immediate resignation of President Jonathan.