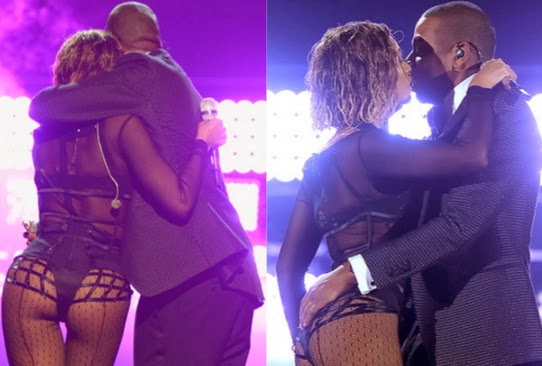 On Sunday night, the mother of one mounted the stage with her hubby, Jay Z to thrill spectators with their hit ‘Drunk in Love’ song. During the opening performance of the Grammys 2014, Beyonce wore a short leotard as she tweaked and twisted around in a very raunchy performance. Her provocative dance moves is similar to that of Miley Cyrus and Rihanna.

See some photos of Beyonce grammys 2014 dress below 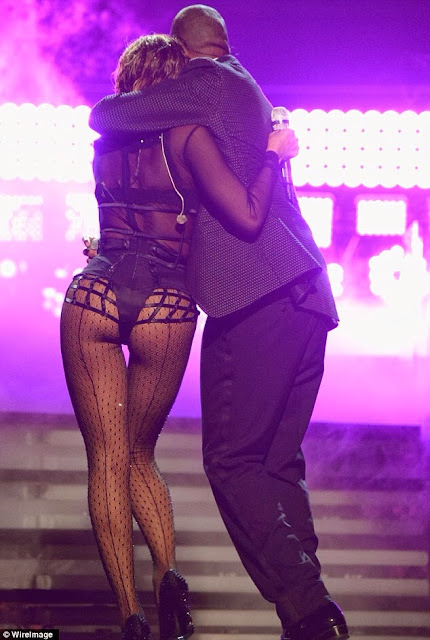 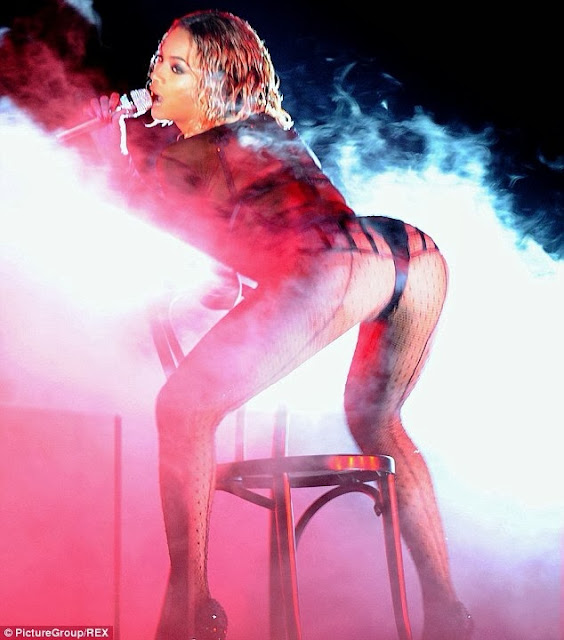 Hours after the award ceremony, most of her fans took to Twitter to express their displeasure in the see-through performance outfit.

Check out their tweets below: 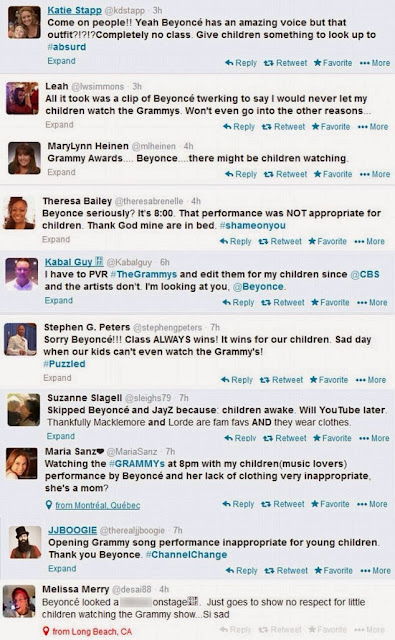 Beyonce’s grammys 2014 dress: Is it appropriate?