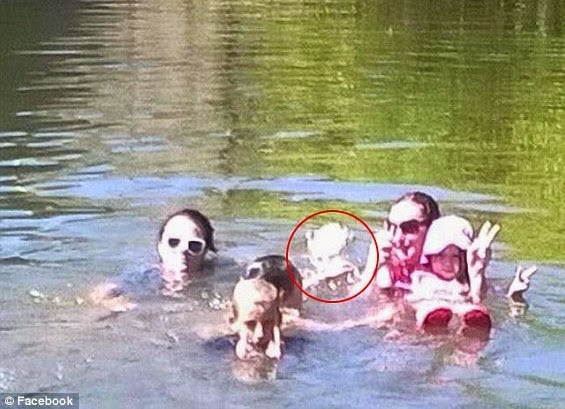 Circled in red above is a scary creature that showed up in a family photo taken last year at a very dangerous spot in Lockyer River, SE Queensland, Australia.

The woman pictured to the left of the creature, Kim Davison made this known on Facebook today

Hear what she said about the scary encounter:

“At the time of taking this photo there was nothing between us. I’m holding the little girl and that white head next to me with horns is not human, I can promise you that. Its fingers are on my shoulder and on my daughter’s arm. They are long skeletal type fingers.’

Investigation revealed that a little girl drowned at the same spot in 1913.

See the newspaper clipping of the story below: 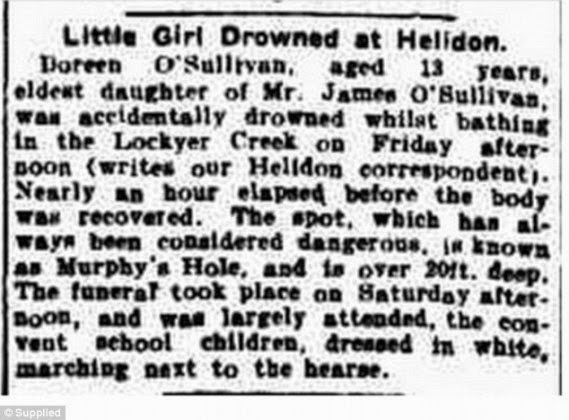 This is her graveyard. 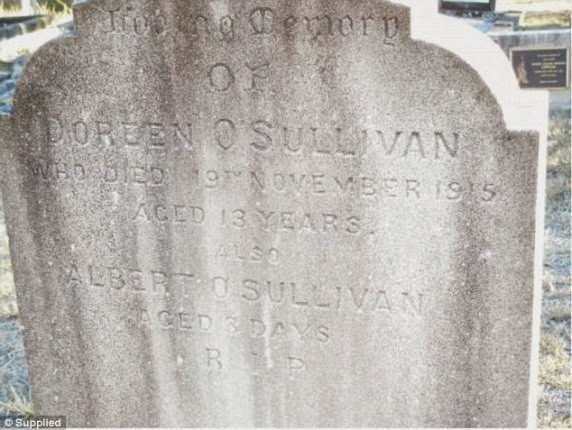 This is what a professional Ghost chaser who examined the photo said :

“Light flare will always show up as black shadowing when the photo is inverted.. and in this case the light flare is coming from full sunlight reflecting off the water onto the child” 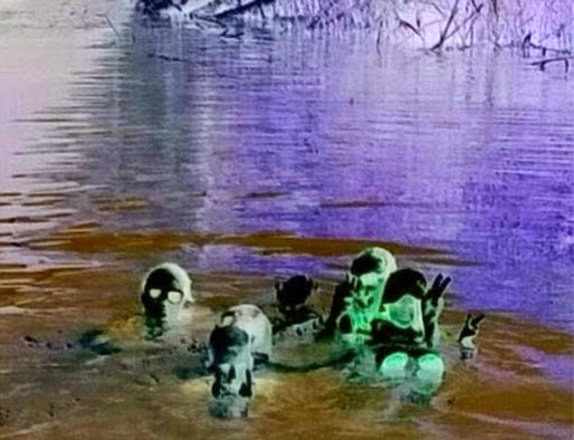