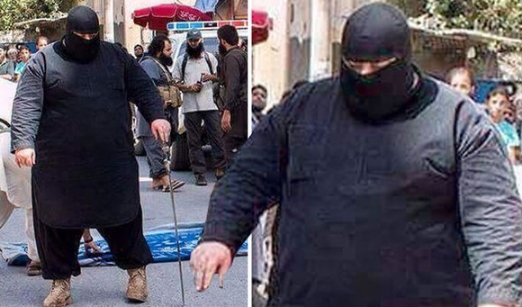 One of the most feared executioners working for the Islamic State terror sect in Syria, The Bulldozer has been captured by the Syrian Army.

The giant daesh extremist who belongs to ISIS Chopping Committee was seen with his hands tied behind his back after Syrian Army captured him few days ago.

Crowds were seen gathered to take photos of the 20-stone Jihadist who appeared to be in pain as he is driven away by the Syrian army in a footage posted only by sources in Syria.

He has killed hundreds of ISIS prisoners. He is a specialist in amputating young children.

See the live footage of his capture below

He has infamously been pictured in black robes and a mask while wielding a three-foot sword to behead his victims.