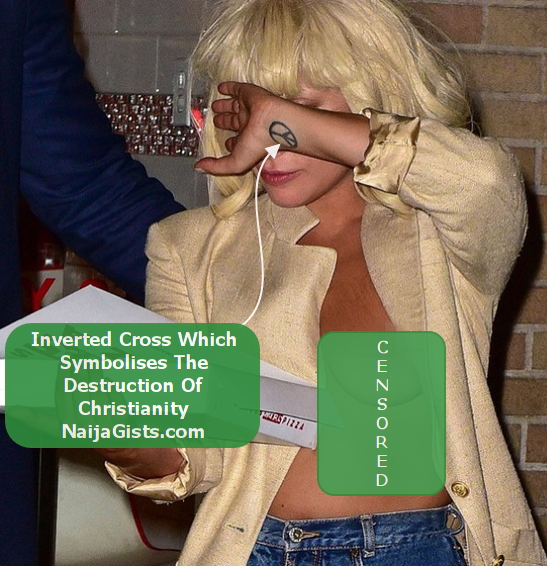 Pictured above is Lady Gaga on Tuesday night carrying a box of pizza on the streets of New York hours after she left her home without bra for a performance at Radio City Music Hall.

While flashing her boobs to the camera at will, Lady Gaga proudly flashed her broken, inverted cross tattoo.

A broken, inverted cross was used by Roman emperor Nero to represent the destruction of Christianity. It is present on the tombs of many influential personalities suspected of being members of the Illuminati, including Nazi leaders. 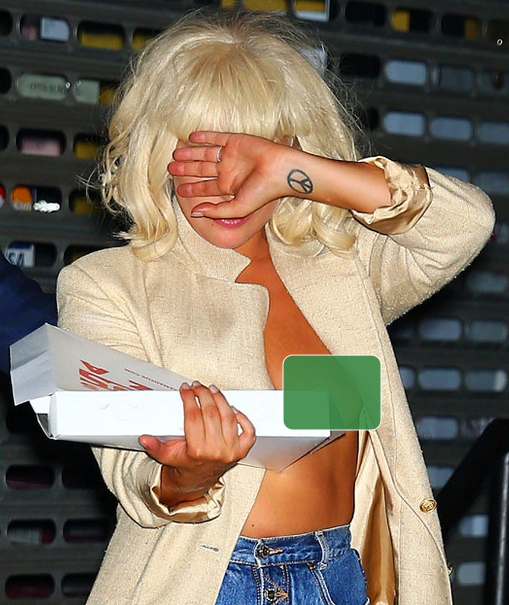 Celebrities who are into occultism usually wear inverted cross tattoo as homage to the Illuminati and/or satanic beliefs.