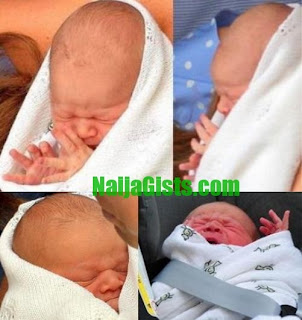 At the door of Saint Mary’s hospital in Paddington London this morning, Prince William and his wife, Kate Middleton introduced their new born Royal baby boy to the world.

The little Prince of Cambridge who is yet to be named appeared a bit worried by the screams of excited onlookers as his parents opened his face for the very first time.

Bookers are betting Millions of Pounds on the names they think the little Prince will be given.

Over 45,000 people and 945 international Journalists have been hanging around the hospital and the Buckingham Palace to see the baby boy and listen when he will be named. The British Army, Navy, Airforce have been paying tribute to the 3rd in line for the King throne.

The Duke and Duchess of Cambridge have left the Lindo Wing of St Mary’s Hospital in London with their adorable son.

Duke Of Cambridge, Prince William said jokingly that his son has more hair than him. 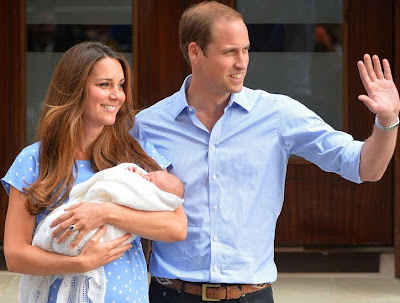 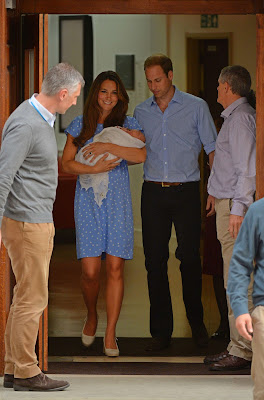 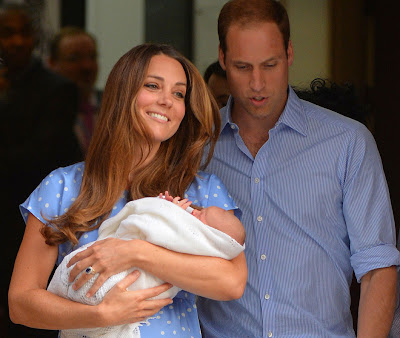 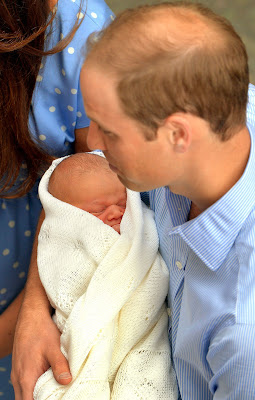 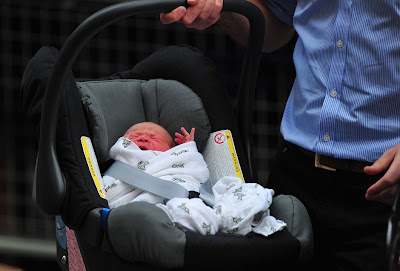 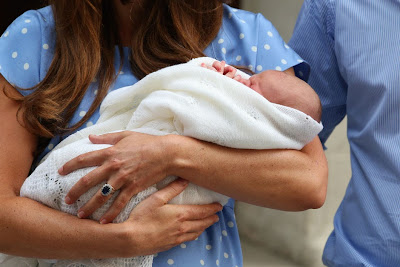