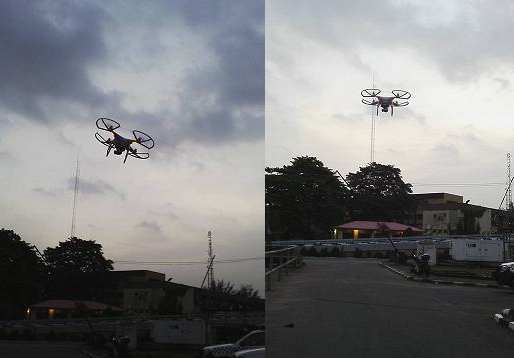 The Surveillance drones handed over to Lagos RRS (Rapid Response Squad) police by Governor Akinwunmi Ambode have been deployed to different parts of Lagos.

The drones were first spotted in Ikeja in the wee hours of today and later spotted in different parts of the state few hours later. Check out another photo 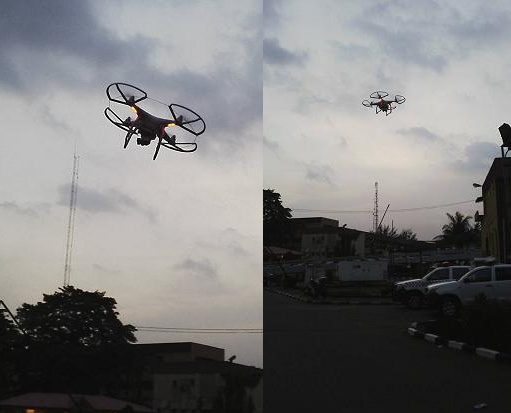