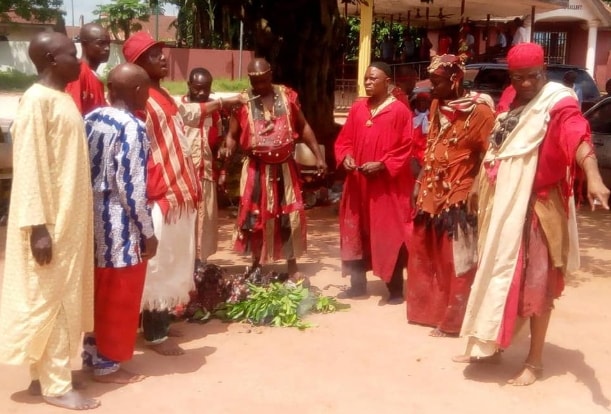 Bearing in mind that oath taking and use of voodoo are part of the control mechanisms used by human traffickers to control their victims, NAPTIP continously strives to dissipate such fears in the minds of the victims.

In line with this, the Igueben communities in Igueben Local Government Area of Edo State, comprising of Udo,Ebelle,Okalo,Ekpon. ,Ebhosa, Ugun and Amahor, among others, came together in an elaborate ceremony, under the leadership of His Royal Majesty Ehizogie Eluojierior I (JP), the Onogie of Igueben Kingdom and Okaigun of Esanland, Edo State, Nigeria, to place a curse on native doctors and juju priests and indeed anyone whosoever perpetrate the act of human trafficking, kidnapping and other social vices in Igueben LGA.

This is coming at the heels of earlier curses placed on human traffickers by His Royal Majesty, Omon’ Oba N’ Edo Uku Akpolokpolo, Oba Ewuare II, Ogidigan, Oba of Benin Kingdom, following the visit and request of DG, NAPTIP, Julie Okah- Donli, to the revered Benin monarch in February, 2018.

gueben LGA is endemic to Human Trafficking and many people within the LGA are traditionalists. Therefore, the positive step taken by HRM Ehizogie Eluojierior 1, (JP) is quite significant in the fight against human trafficking. 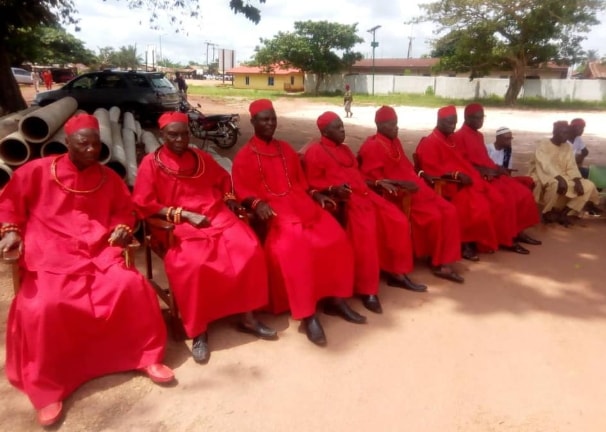 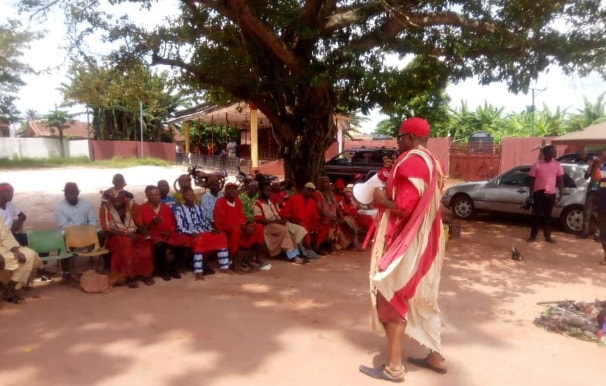