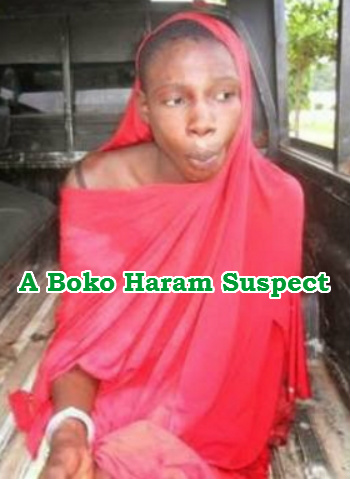 Nov 16, 2015 – Police Arrest Hausa Man Who Disguised As A Muslim Woman To Defraud Men Looking For Wife In Lagos

Lagos Police officials have arrested a man who allegedly defrauded some men of various amount of money by dressing like a woman before them.

Offor said that the suspect was arrested on Saturday at about 4:30 p.m. while attempting to defraud another man.

He said the suspect, who went about bearing a woman’s name, Kadijat, was dressed in Muslim wearing a hijab when he met one Hassimu of No. 25, Iyana Street, Ajegunle and agreed to a relationship.

He said Hassimu had wanted to take Kadijat (suspect) home, but refused with various excuses.
“While they were dragging themselves at the CMS Bus Stop, policemen from Lion Building who were on patrol saw them and intervened.

“They were taken to the police station for causing breach of public peace.
“At the station, Hassimu alleged that the suspect had collected about N15,000 from him with a promise to marry him.

“Hassimu was shocked to hear the confession of the suspect that he is a man disguised in women’s outfit to defraud men.

“The suspect confessed that he has been into the business for about two years and that he had defrauded many men in Lagos of unspecified amount of money.

“The suspect claimed that his real name is Hussieni Biyaya from Teke town in Kano State,” Offor quoted the suspect as saying.

The spokesman said the house of the suspect at Bode Thomas Street, Onipanu, was searched, noting that nothing incriminating was found.

Offor said he would be charge to court for allegedly impersonating women with a view to defraud men.