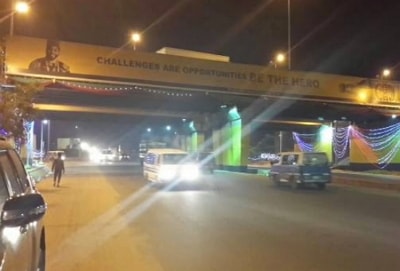 Uche Ezedike, a businessman based in Benin on Monday alleged that he and his younger brother were kidnapped by some policemen, who collected N130,000 from them before letting them off.

Ezedike told The Nation yesterday that the incident happened in Onitsha, Anambra State on Sunday.

He said the policemen, numbering about five, stopped his vehicle around 11:30am at Upper Iweka Bridge, while he and his brother were returning to Edo State from their home town in Imo.

“I told them we were returning to Benin City from Imo State. One of them demanded to search my boot, which he did and found just our clothes and shoes.

“He then asked for my occupation and I told him that I am a businessman and that I sell tyres. He said I was lying that I looked like a fraudster and instantly pointed a gun at me and pushed me into my car.

“He called one of his colleagues to point a gun too at my younger brother, who was on the steering and demanded the car key from my brother. They dragged my younger brother to the back seat, handcuffed us together and sped off into Onitsha town.

“While one of them took over the steering, the other pointed a gun at my brother and. The man driving drove for almost 10 minutes. I asked where we were going but he shut me up that I will know when we got to the destination.

“I became afraid and asked him why he was not taking us to the police station. I was begging them and my younger brother was crying. The driver later stopped on a very lonely road and demanded that I pay them N1,000,000. I told him that I do not have. I continued to beg them and told them that I was rushing to see my pregnant wife, who was to undergo surgery to remove fibroid that was growing alongside the baby in her womb.

“They threatened to kill my younger brother at the spot if I did not give them the money they asked for. The threat was much that I had to beg them to allow me call my family or friends. They allowed me access to my phone and asked that I put it on speaker, which I did.

“I called a friend for money, who asked me what was happening but I could not tell him because the one at the back was pointing his gun directly at me. My friend said he had only N30,000. I then called my wife and asked her for money but did not tell her what was happening. She said the only money with her was the money I gave her as deposit for the surgery.

“The amount was N116,000 in her account, they demanded the money be transferred including the one from my friend. I asked how and one of them said he would call for account. He called and it was a woman’s voice. An account number was sent through his phone and I gave it to my wife through my brother’s Whatsapp. I also sent the account number to my friend.

“My friend’s N30,000 transfer came in first and within five minutes my wife transferred N100,000 into the same account they gave. Within five minutes again, the woman called and told them she has received alerts

“They told me that God has saved my brother and I. The one at the steering drove off again and after five minutes, I saw an expressway and they showed us how to go to Benin. They stopped, removed the handcuff and asked my brother to drive off immediately. It was like a dream to me and I imagined what other people might have passed through.”

Contacted, Anambra State Police Command spokesperson, Nkiru Nwude appealed to the victim to report officially at the police division where the incident occurred.

Nwude said: “I am not aware of this case. I do not think it was officially reported at a police station. It is an allegation and it would be wrong for me to say the culprits are policemen or not. But I can tell you that cases of indiscipline by our operatives have reduced since Commissioner of Police Garba Umar took over.

“The best thing at the moment is for the victims to report officially so that investigation can commence. Since there was a bank transaction, tracking the culprits would be a lot easier.”

Continue Reading
You may also like...
Related Topics:kidnap, man, Policemen