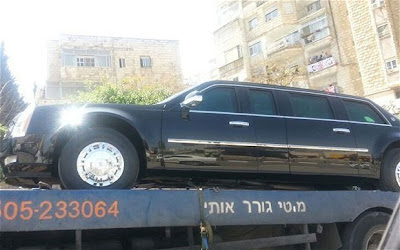 On Wednesday March 20th, 2013 in Tel Aviv, Israel US President Obama’s official Limousine breaks down after the vehicle was mistakenly filled with diesel instead of petrol.

The heavily guarded Limo broke down before President Obama arrive Israel for a state visit. 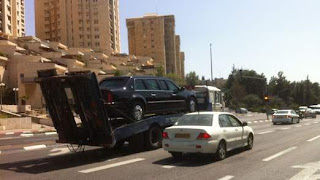 The non-functional Limo was swapped for a backup in order to allow Obama to continue his trip in Tel Aviv & Jerusalem. 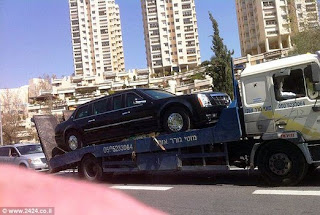 Mr Edwin Donovan, a spokesman for the United States Secret Service said the following in a press briefing;

“This is why we bring multiple vehicles and a mechanic on all trips,”

“Situations like this are planned for extensively by our advance teams so that the President’s itinerary is unaffected by these types of issues.”

Nobody is above challenges in this world o.