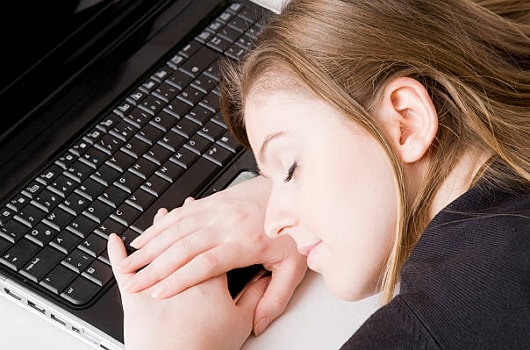 Productive Tasks You Can Perform In Sleep!!!

Do you know that you can be more productive while asleep? Recent scientific findings are pointing towards the fact that sleeping brains are able to perform waking tasks! Sleep, as you know, is a fundamental part of life and also one of the most abused fundamental need of man. We could survive longer without food than we could without sleep. Man has progressively tinker with this natural phenomenon to his own hurt as we are really short-circuiting our productivity on the long run to favor us on the short-run.

We live in a world where people erroneously and sympathetically view hard work as a skillful way of encroaching on one’s sleeping time. Whether you like it or not, you will always have to spend between 5-8 hours of a day in sleeping; an average person spends a third of his life sleeping. That’s 25 years or even more! This actually represents a sizable part of your day and also a larger chunk of your life time. Instead of cutting down on your sleeping time, you can actually make it more productive!

The time to rest is non-negotiable as it is demanded by nature. People that violate this ‘sacred’ time often pay for it in varying ways that can be detrimental to their health, emotion, sanity and relationships. Sleep is very important for healthy life. It has been confirmed that people who drastically tinker with their healthy sleeping pattern have a higher than average risk of dying prematurely.

“Sleep is a way animals become more efficient,” says Dr Jerome Siegel, Director of the Center for Sleep Research at UCLA in California, US. Starting with the longest sleeping animal, Koala that sleeps for 22hours out of the 24hours in a day! Varying animals are naturally wired with different extreme sleeping time: Brown Bat(20hr.), Lion(19hr.), Giant Armadillo(18.1hr.), Opossum(18hr.), Python(18hr.), Night Monkey(17hr.),Lemur(16hr.), Tiger(15.8hr.), Squirrel(14.8hr.), Sloths(14.4 hr.), Cats(12hr.), Hippos(10hr.). Walruses can stay awake for 84 hours while frogs may not even sleep for months! It is amazing to note also that sharks sleep while swimming, and some dozing birds can even fly by sleeping with only half their brain! Just as these animals are wired with different sleeping patterns, human beings also have slightly different sleeping needs.

We all require varying length of sleeping time to function optimally and remain physically and mentally healthy. As a personal development coach, I have worked with many people who find sleeping too much as one of the major hindrances to their personal development, growth, and time management. Recently, I have also designed a model for working with people whose biology and physiology actually demand that they have ample of sleep-time than others. I am not making an excuse for slothfulness as I am an ardent believer in hard work, but the basic truth is that the secret of productivity is shifting more and more from the philosophy of hard work to smart work.

The truth is that some people are naturally wired to sleep much longer than others because most of their productive activities take place in their subconscious state. An example is people that are often talented in singing, drawing, designing (graphic, architectural or fashion designing) etc . The inspiration needed for this special group of people comes mostly from their subconscious state. In fact, this special category of people kills their own ingenuity and creativity by not having ample of time to rest. Creativity puts a lot of demand on our sub-consciousness, and the more we deprive ourselves of our brain’s right to sleep, the more we lose our creativity.  It is a stated fact that creative people need a lot of space to be alone and rest.

Time management is not really a function of the number of useful activities that can be carried out in limited time while awake, but also our ability to perform some major tasks even in our sleeping mode! Effective people have learnt over the years the skills of obtaining a good Return On Investment (ROI) even while asleep. Laziness is not just a physical in-activity phenomenon; it is actually a state of mind. It is possible for someone to be awake all day and still be lazy. Putting your mind to work is the real hard work as this is where ideas, innovations, and creativity come from.

Neuroscientists find that the unconscious brain is capable of making decisions based on auditory inputs and previous information. New open-access research published in the journal Current Biology describes experiments in which unconscious subjects were tasked with word classification problems, with the goal of testing to see whether or not brains might remain responsive even when the subjects were unresponsive (asleep). Indeed, the findings indicate that we’re not quite so shut-down as was previously thought. According to EEG readings of neural activity, the brain processed the tasks it was asked to perform, and were even able to reach the correct conclusions. It is now very obvious that the unconscious brain maintains a significant degree of conscious organization. We’re left to consider the possibilities of this activity and potential activity. If it’s there, are we currently wasting that potential?

Sleeping productively is a way of taking advantage of our sleeping time and turning it to a goldmine! The idea that during sleep our minds shut down from the outside world is ancient and one that is still deeply anchored in our view of sleep today, despite some everyday life experiences and recent scientific discoveries that tend to prove that our brains don’t completely switch off from our environment. On the contrary, our brains can keep the gate slightly open. In the research published in Current Biology, it was shown that complex stimuli can not only be processed while we sleep, but that this information can be used to make decisions, similarly as when we’re awake.

We can take advantage of our brain’s processing ability while sleeping. Unknown to many, there are tasks that can be perform in sleep! Great people have mastered the act of being strategic about their energy; they don’t expend too much energy while awake on things that can be subconsciously done. Knowing how to maximize your subconscious state will always give you a comparative edge over others. In fact, people that are more organized and very good at simplifying issues have learnt to tap into the magic of their subconscious states. There are seven tasks you should be able to do in your sleep:

INTERNALIZING AND CLARIFYING THE TASK FOR THE NEXT DAY: Someone once said that tomorrow’s activities begin the night before! People who cultivate the habit of writing a to-do-list for the next day before sleeping have been experimentally found to achieve more at completing those task than those who only write theirs just in the morning. In a study in the Journal of Experimental Psychology, people who wrote down future tasks they wanted to accomplish fell asleep faster and accomplish it faster the next day more than those who don’t.  In fact, one of the most effective ways recommended by Forbes and Business Insider to having a super-productive day is writing to-do-list the night before! The worst time to write our to-do-list is actually in the morning because that is actually when our distraction level peaks! Writing your ‘To-Do-list’ the night before helps you start your day with clarity. When you take a few minutes to write your to-do list the night before, you can hit the ground running the next morning. For many people, morning is a high-energy time and having your to-do list already in hand means you don’t waste any super-charged minutes figuring out what to do next.

SLEEPING OVER AN ISSUE: Have you ever regretted an action that you took spontaneously before? I can bet that we all do! Spontaneous and reactive people are very prone to mistakes as they spent much time reflecting on their outburst and unguided utterance when they should actually have spent time reflecting on the information made available to them before responding. Learning how to sleep over an issue can be so refreshing and intuitive as the ‘sleeping’ brain would have reflected deeply on every alternatives before finally choosing a course of action. This approach of sleeping over issues keeps you from being reactive. If you seldom sleep over issues, you will be so prone to both forced and unforced errors. Sleeping over an issue is not a sign of weakness or indecisiveness, rather it is the strength of the wise!

BIG DATA ANALYSIS: The function of your mind is to store, process and retrieve data. Your subconscious remains very much awake and alive when you are sleeping. The human brain is constantly bombarded with data throughout the day. We need to stay awake to collect data, but processing and analyzing data will put a lot of demand on our subconscious mind which functions effortlessly during sleep. People that have mastered how to use their sleeping time to process and analyze data normally wake up early in the morning to do more of data interpretation, which is actually the determinant of our productivity level.

SIMPLIFYING COMPLEX ISSUES: Have you ever noticed that complex issues normally seem simplified when we sleep over them? A mind at rest is stronger at simplifying and clarifying issues than a mind that is studded with activities. Whenever issues are becoming complex or complicated, it is better to sleep over them.

DECISION MAKING: When we sleep, our minds continue to navigate between our last experience and discussions. There is a form of Spatial Navigative Intelligence(SNI) that is only available to us while we are asleep. Though we may be in ‘sleep mode’, but our minds still roam and navigate through layers of previous information that are needed to make informed decisions.

LEARNING: It actually sounds very funny to know that we can actually learn while sleeping! It is well known that sleep is important to consolidate previously learned information or that some basic form of learning like conditioning can take place while we are asleep. It has also been ascertained that auditory inputs like listening to an audio message while asleep can be an alternative way of assimilating information.

STRESS DETOX: Sleeping is the best way to detoxify yourself from stress. When we sleep, the brain and the liver works together to remove toxins from the body. Getting ample sleep is the most effective way of removing stress from the body and toxic metabolic byproducts from the brain.

Sleep is universal, but how productive we become in sleep is personal. Take ample of time to sleep and rest, but make sure you put your sleeping time to maximum and productive use. With the right understanding of your ‘biology’, you can make your ‘sleeping mode’ the most effective part of your day. Sleep productively; sleep smarter!

QUOTE OF THE WEEK: “You’re not healthy, unless your sleep is healthy” -Dr. William Dement

Continue Reading
You may also like...
Related Topics:perform, sleep, tasks

You Cannot Feature In A Future That You Can’t Picture!
Inappropriate Touches: How Guilty Are You?