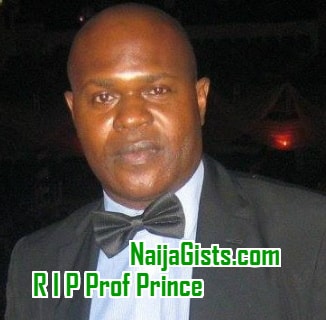 A University professor was found dead in his office in Bayelsa state yesterday.

Professor Prince Efere, the dean of the University Africa, School of Foundation Studies was on Wednesday found in a lifeless state in his office.

The UK trained scholar was last  year made the Dean of the newly established university in Toru Orua axis of Sagbama Local Government area of Bayelsa state.

Social media sources said he was not sick prior to the discovery, meaning he might have died in his sleep.

May his rest in peace.