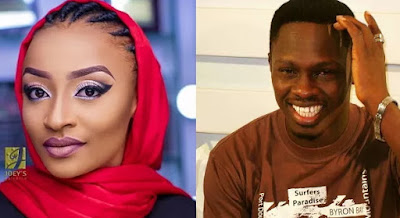 September 15, 2017 – Rahama Sadau Picks Fight With Ali Nuhu For Refusing Her A Role In His latest Hausa Movie “Abota”

The sweet relationship between Hausa movie star Rahama Sadau and her godfather Ali Nuhu has gone sour over a movie role.

According to insiders Ali Nuhu got in Sadau’s way when he refused to give her a role in his latest movie “Abota”.

The actress was said to have picked offence with the Nollywood actor for not supporting her.

The beef between the Kannywood stars is currently generating mixed reactions among their fans on the social media.

Some fans who think Sadau is arrogant hail Ali Nuhu for refusing her a role while others are calling for reconciliation.

Meanwhile, Rahama is currently on a Nollywood movie set in Lagos Nigeria.