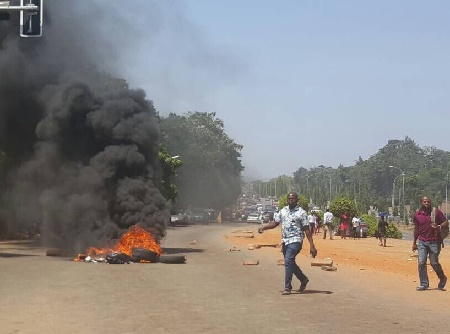 Tension took over at Wuse Market bridge in Abuja today after some Task Officials took away the dead body of a Taxi driver allegedly shot dead by an undisclosed immigration officer.

The deceased was said to have visited his wife at the aforementioned market and shortly after chatting with her, he returned to his car to eat.

While eating, some JTF officers engaged him in an argument for parking illegally along the road.

Eyewitnesses said an immigration officer who noticed what was happening opened fire on the taxi driver, killing him on the spot.

The Joint Task Force officials reportedly took away his corpse to escape being lynched by colleagues of the deceased.

Here is what a Twitter user @DavidAkondu wrote moment after the tragedy: 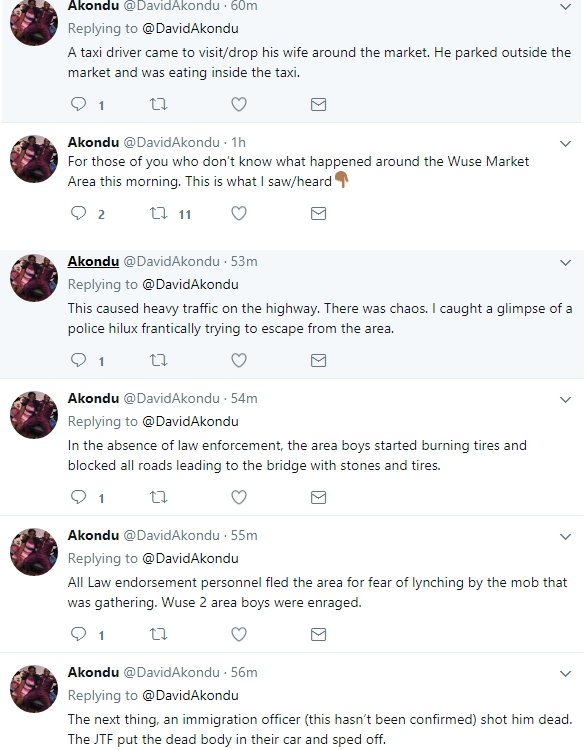 Watch the video and photos below: 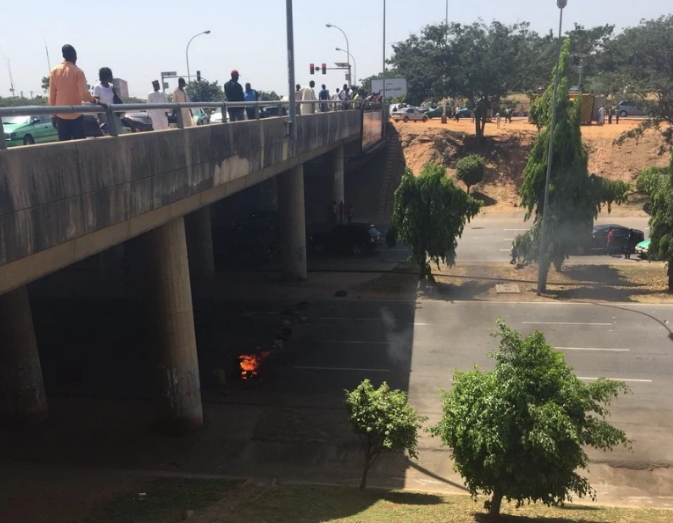 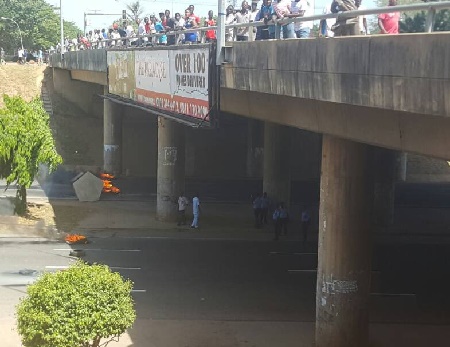