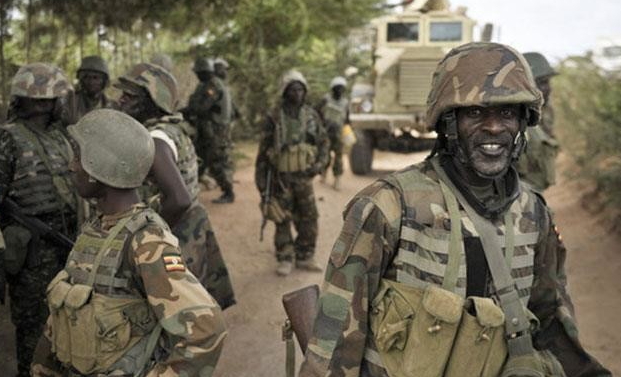 At least 2 female terrorists have been killed while a soldier died as Operation Lafiya Dole troops engaged Boko Haram members in Madagali LGA of Adamawa state.

The soldier died from the impact of a shrapnel from a detonated Vehicle Borne Improvised Explosive Device (VBIED), while three other soldiers were injured by the VBIED mechanism.

The body of the deceaased soldier has been evacuated while the injured are currently being treated in a military hospital.

This was disclosed by Brigadier General Usman Sani in a statement that reads:

” The troops fought gallantly to repel the terrorists who attempted to infiltrate Gulak town. The troops thwarted the terrorists by neutralising a vehicle borne improvised explosive device (VBIED) trying to ram into a stationery gun truck in order to gain access into their location.

“Unfortunately the shrapnel from the detonated VBIED killed a soldier and injured 3 other. The remains of the soldier have since been evacuated while the injured are receiving medical attention in a military hospital.

” In another development, troops of 28 Task Force Brigade in conjunction with Civilian vigilante at about 6:30am on Tuesday, 7 November 2017 neutralised 2 female suicide bombers at Waga Lawan in Madagali Local Government Area of Adamawa State.

“The 2 female suicide bombers were challenged while fleeing from the bush but refused all efforts to halt them. On sighting the suicide vest on them, they were neutralised by the troops.

“The decimated BHTs are more desperate and resorting to persons and vehicle borne improvised explosive devices to attack soft targets and vulnerable members of the populace.

” The general public is please requested to be vigilant and continue to volunteer information of strange persons and movements to the security agencies.”

Continue Reading
You may also like...
Related Topics:bombers, Soldiers, suicide

Riot As JTF, Immigration Officer Kills Taxi Driver In Abuja While Eating In His Car [VIDEO & PHOTOS]
Female Kidnapper Who Lured 2 Year Old Girl With Sweet In An Attempt To Abduct Her Charged