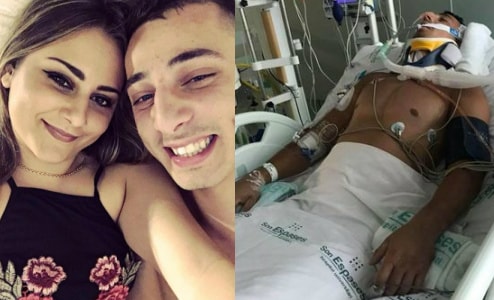 According to Daily Records UK, a couple’s birthday holiday to Magaluf ended in disaster after a man broke his neck after jumping into a pool.

26-year-old Richard Budi is breathing through a tube and can’t feel anything from his chest to his feet after the shocking accident.

His girlfriend Simona Malarova is now desperately trying to raise funds to bring him home to the UK.

She said they were having “the best time of our lives” before it ended in tragedy with Richard being rushed to hospital.

Writing on her gofundme page, Simona said: “Myself and Richard travelled to Magaluf, Majorca for a holiday to celebrate his 26th Birthday.

“Everything was going well, we were having the best time of our lives until it became the worst nightmare ever!

“Richard jumped into a swimming pool and broke a bone in his neck. 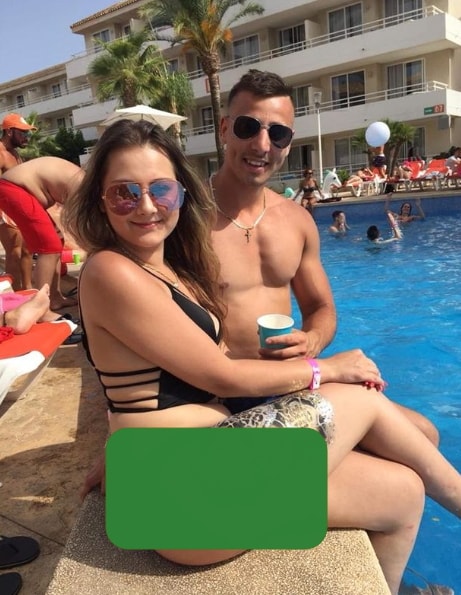 “He is now breathing through a tube as his lungs are very weak and cannot breathe on his own.

“He is able to move his head and his shoulders but can not move or feel from his chest down to his feet.”

Simona said Richard did not have a European Health Insurance Card or travel insurance to cover the medical costs.

It will cost £20,000 to fly him home for treatment which Simona says he needs.

She is fundraising on gofundme , where well-wishers have made donations and left messages.

Robber Lands Job Offer After Arrest In Abuja… Man Captures Thief At His Garden, Offers Him Job After Leading Him To Christ
Outrage As SARS Brutality Victim Dies 11 Days After Fatal Accident