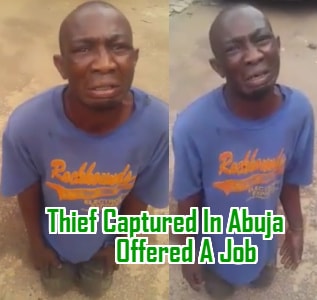 Man Captures Thief At His Garden, Offers Him A Job After Leading Him To Christ

Abuja-based motivational speaker Christopher Gabriel did an unusual thing after he caught a robber at the back of his home in June.

According to Mr Gabriel, the thief identified as Timothy was said to have been invading his home before he was eventually captured.

Rather than lynch him like others do, Mr Gabriel preached to Timothy and even offered him a job.

He added that the suspect who showed remorse immediately returned all the items he stole from his house. 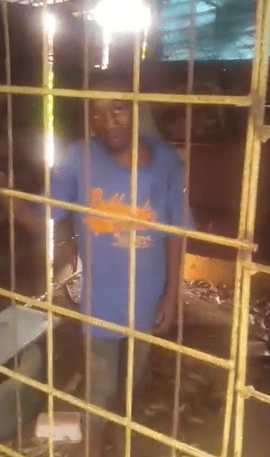