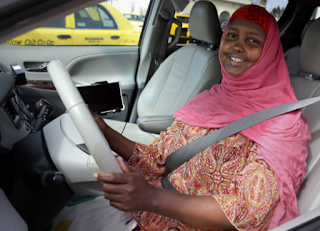 The Government of Saudi Arabia will from next June allow women to drive.

This was contained in a statement by the state media on Tuesday, making the country,the last country to allow women drive.

“The royal decree will implement the provisions of traffic regulations, including the issuance of driving licences for men and women alike,” the Saudi Press Agency said.

It added that authorities are aiming to have the necessary arrangements in place by June 2018.A saudi woman seen driving

As news of the decision,filtered out, scores of people of both sexes, took to the street, dancing and generally celebrating the announcement.

Also as part of the reforms,Women would also be allowed into sports stadium, to watch a musical concert, thus creating plans in tandem with its “Vision 2030” plan for social and economic reform.

The country has more than half the country aged under 25, thus making Prince Mohammed, the architect of Vision 2030, provide platforms of entertainment options for the youth and promoting more women in the workforce.