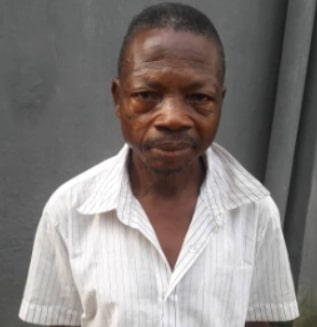 A shameless man who defiled his own daughter has been arrested.

56-year-old Bello, a security guard at a public school in Lagos was arrested for repeatedly engaging his daughter in sexual intercourse.

According to Lagos Police spokesperson, Chike Oti, the suspect was reported to police by the school management after the victim reveals how her father sleeps with her every night and gives her contraceptives to stop her from getting pregnant.

The alleged raped reportedly took place inside the one-room security post apartment given to him by the school management.

The suspect will be arraigned before the Ikeja Magistrate court on Friday. the 30th of November 2018.

Continue Reading
You may also like...
Related Topics:Father, guard, Security