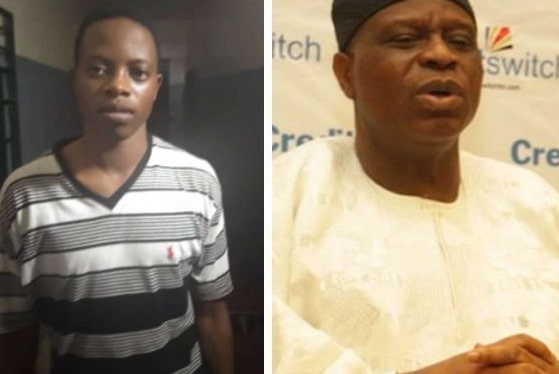 Earlier today, a viral report indicated that the 22-year-old Chef from Togo, Sunday Anani who murdered his Nigerian boss few weeks ago at his home in Parkview estate Ikoyi Lagos has committed suicide.

The police has denied the report in a new press statement issued today.

“The attention of the Commissioner of Police, Lagos State Command, has been drawn to the news making the rounds on the social, print and electronic media to the effect that the Togolese cook, Sunday Anani, standing trial for the murder of the late Ondo state business mogul, Chief Bademasi, has died in detention.

The head of the Command’s legal department, accompanied by the suspect’s Lawyer, from the Office of the Public Defender (OPD), Barrister Jamiu Alapo, dashed to Ikoyi Prisons where they met the suspect hail and hearty without complaint.

The Command wishes to advise those uploading lies on the internet to desist from such act as rumour mongering is capable of breaching the public peace.

In the same vein, media houses are advised to always cross check with relevant agencies before disseminating sensitive information.