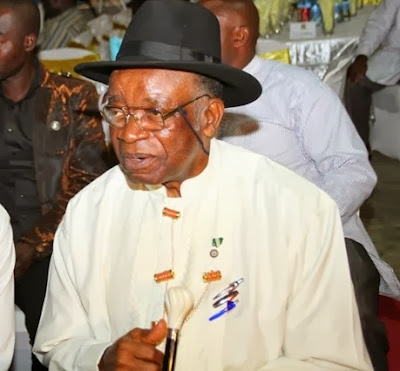 A prominent indigene of Okrika comm. in Rivers State and President of the Ijaw National Congress Tari Sekibo is dead .

Tari Sekibo died today at the age of 70. An insider in Bayelsa State Government House claims Sekibo slumps and dies minutes after arriving for a scheduled meeting with the governor of Bayelsa State.

In a sign of fatal heart attack, Sekibo held his chest with his hand when he suddenly collapsed.

On the 16th of March 2012, he was elected the President of Ijaw National Congress.

Prior to his death, Sekibo was the Chairman of the Unified Okrika Divisional Council of Chiefs.

He was elected to the Senate in the aborted Third Republic.

In 1998, the Federal Government honoured him with a National Award as the Member of the Federal Republic (MFR).

He was supposed to meet with Governor Dickson at 3pm today.

Sources claim he was rushed to Bayelsa State Federal Hospital located few minutes away from the Government house where doctors pronounced him dead on arrival.

His corpse has been deposited in the mortuary for autopsy.