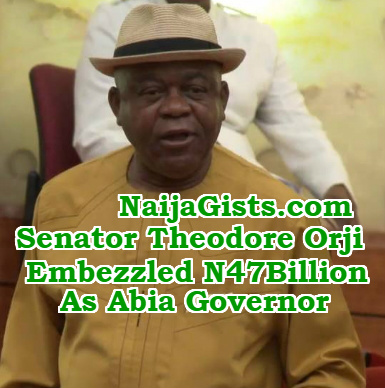 The EFCC has started investigating 18 Nigerian Senators for corruption.

While the Senate is working hard to remove Magu from office, the acting EFCC Chairman has ordered the operatives of the agency to launch an investigation into the activities of the corrupt senators.

According to a Security source who requested anonymity, one of such senators is former Governor of Abia state, Senator Theodore Orji who allegedly embezzled a whopping N47billion from Abia state pocket with the help of his wife and son during his time in office.

This explains why Abia state was full of mess during his tenure.

7 out of the 18 senators accused of embezzling a whopping N367.5billion from their states are currently being probed by the EFCC.