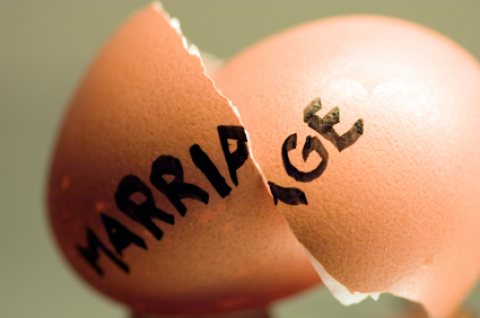 A sex-starved 86-year old man, Mr. Nweke Robinson Ugo has divorced his wife of 50 years, Mrs. Beatrice Umera Ugo, after he accused her of denying him of sex and food.

Pa Ugo had filed a divorce suit before the Isolo Customary Court in Lagos, southwest Nigeria, claiming cruelty, adultery and that love no longer existed in the relationship that produced four children, the eldest two daughters age 49 and 47 respectively now residing in the United States of America.

The petitioner alleged that the respondent denied him sex and food and he was eating food he bought from hawkers which was not good for his health, at his age.

Because he was maltreated by Beatrice, Pa Ugo said he was forced to abandon their residence at 23, Osholake Street, Mafoluku, Ajao Estate, Lagos for their second property located at 4, Madola Street, Ajao Estate, Anthony Village, Lagos.

He said the respondent denied him sex and became adulterous, that she was sleeping with different men and she was even comparing his sexual ability with those of her illegal lovers.

However, in her evidence before the court, Mrs. Beatrice Ugo, who retired as a teacher in the service of Lagos State government, stated that they got married at St. Michael Catholic Church, Tamandu Barracks, Apapa, Lagos in 1964.

The septuagenarian woman said things fell apart in the family when the couple agreed to abstain from sex because of their son that was suffering from mental illness.

But when they decided to resume sexual intercourse, their housemaid, Miss Nora Akpokinovo had snatched her husband.

She explained that while her husband denied her sex, he was always inside his room with the housemaid. This she said made the girl who joined them when she was just 14 years to become arrogant and she disobeyed her at will.

The respondent claimed her husband beat her up sometime in 1999 because of a quarrel with the housemaid.

Mrs. Ugo urged the court to dissolve the marriage since her husband had deserted her for over seven years when he eloped to their second house with the housemaid, Nora.

She urged the court to divide their property and give her half and also to order Pa Ugo to pay her N20,000 monthly for the treatment to their ailing son.

The Acting Court President, Mr. A.A.A. Haastrup in his judgement said the marriage has broken down irretrievably as both parties have admitted adultery and lack of love has separated them.

The court noted that the housemaid, Nora, who was in court as the only witness in the case, was not a witness of truth.

She once told the court she was a virgin and also narrated the sexual capability of Pa Ugo which confirmed their amorous relationship.

However, the court refused other pleas by Mrs. Ugo and advised both parties to file a case in the High Court on the properties they jointly own.