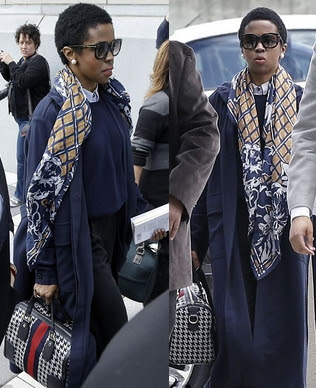 May 7, 2013 – Singer Lauryn Hill Sentenced To 3 Months In Jail Over Tax Evasion Case

American singer Lauryn Hill has lost her battle to escape prison over a tax evasion case that happened between 2005 and 2007.

The singer who is owning over $1 million in unpaid taxes initially opted for a deal with Sony music in order to pay her overdue taxes but the singer appeared to have totally dropped out of the music business for now.

She has been sentenced to 3 months in jail over her inability to pay back her unpaid taxes.

The Grammy award winning singer who has 5 kids with Rohan Marley and another child with her new lover is saddled with a lot of responsibilities.

We are still unsure when she’ll report to prison.