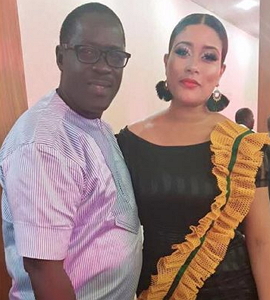 Top Nollywood actor and filmmaker, Taiwo Hassan who is well known for his daring movie roles has revealed why he refrains himself from having close contact with women anytime he is performing a romantic role.

In a chat with Saturday Beats, the 59-year-old actor said he cautions himself because most women are looking for ways to get close to him because of his status.

“I don’t really like romantic roles, but when I have to do them, I have my limitations. How would my wife and children feel if they always see me kissing other women in a movie? For example, I have never kissed a woman in a movie; the most I can do is to give them a peck.

“One particular actress tried to kiss me on a movie set. I won’t mention her name, but after the act, she confessed that she had been looking for an opportunity to kiss me. After that incident, such never happened again. I see everybody that comes to me as my fan, even women. If I tell you that I don’t have a girlfriend, will you believe it? Every well-built man will always be admired by ladies,” he told Saturday Beats.

On the secret of his youthful look, the actor said:

“I am close to 60 and I am used to getting compliments that I look young; the secret to having this physique is boxing. I used to be a boxer, and I still box in my house to keep my body in shape. I am still a young man at heart, I love listening to songs by Olamide and Small Doctor. I can still act action movies like Owo Blow even though I am close to 60. I can still play the role of an armed robber in movies, to tell you how fit I am.”