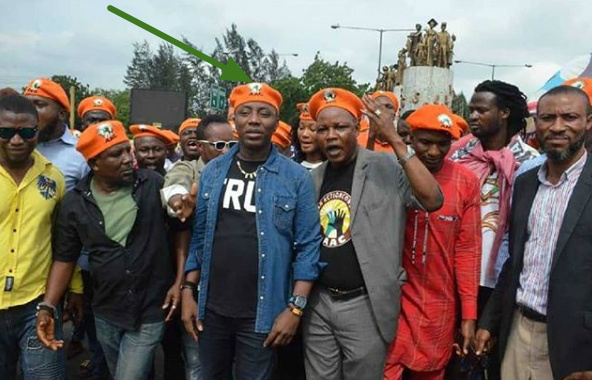 Mr Omoyele Sowore, chairman of the African Action Congress, AAC and convener of “Take it Back Movement; was on hunger strike for more than 48 hours, since his arrest by the operatives of the Department of State Services in Lagos on Saturday.

Rachel Onamusi-Kpiasi, Director, PR, Media and Communications, said the activist ended his hunger strike today, after the DSS allowed him to receive some visitors. She did not indicate whether he is being detained in Lagos or Abuja.

She said Sowore had refused all meals since Saturday.

According to Rachel, the DSS officers allowed the guests to present him with food.

“We are also happy to confirm that Take it Back members will be allowed to bring him food daily as per his wishes”, she said.

“At 6pm today, 5th August, 2019, members of the Take it Back Movement were allowed to visit with our convener, Omoyele Sowore, for the first time since his armed abduction in the early hours last Saturday, the 3rd of August.

“The visitors met him in high spirits, unmoved by the events of the last few days…

The freedom fighter was quick to ask about Movement and Party faithfuls as he is aware that there will be a lot of worry about his wellbeing, and would like to assure everyone that he is being treated well and is in very good health.

He is pleased that the peaceful #RevolutionNow protests he called Nigerians to stand for went ahead, and has expressed his dismay at knowledge of the sheer number of innocent Nigerians being arrested for exercising their civil rights. He is greatly concerned about the wellbeing of all those arrested and /or affected by today’s heavy handed police action, and joins in demanding for their immediate release.”

Sowore is the arrow head of #RevolutionNow protest, scheduled to begin in many parts of Nigeria on Monday. The police and security agencies prevented the protest in Lagos and other cities.